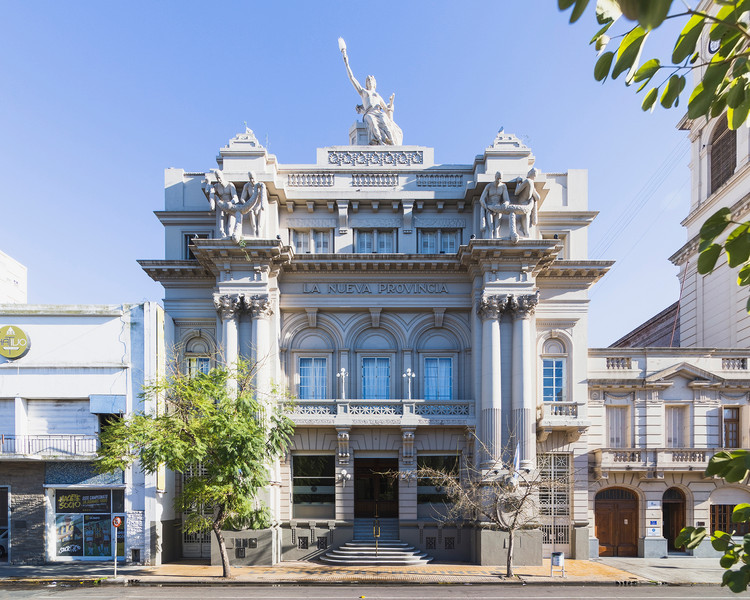 Text description provided by the architects. The project of the Auditorium of the CABB resulted from a request to renovate a large disused space on the first floor of a neo-academic heritage building in the city of Bahia Blanca. It had been recently acquired by the College and had functioned as the headquarters of the newspaper ‘The New Province’ since the beginning of the twentieth century. A new wooden-paneled frame was introduced inside the masonry frame, twice the pre-existing height, to form a double cavity. The new prism created was adjusted in proportion to the overall structure, thereby managing to correct the dimensional irregularities of the original wall face. A mezzanine floor with independent access overlooks the main hall from the balcony.

The stage - the only solid element - organized the distinct areas of the project. One of the lateral walls of the auditorium leans against the main facade; three high windows provide views across the foundational city square. On the opposite side, and linearly coinciding with these three windows, three access ways were opened up towards the pre-existing foyer reached by marble floor stairs and old iron balusters with cedar wood banisters. This area is also recognized as having heritage value.

The stage, made with ‘Guatambú’ wood, forms a fixed section (with double access from the dressing rooms) and two mobile platforms. It is equipped with a retractable audiovisual projector screen and a mechanical curtain. Behind the stage, support and service rooms have been organized. The technical room, situated on the mezzanine, houses a sound console system, lighting and projection equipment. The auditorium has a seating capacity of up 177 people: 144 seats (including disabled seating) on the access level and 33 on the mezzanine level.

The model used – Z2 straight – were fitted in mobile tandem pairs and, by adding two mobile stage platforms, allows complete flexibility in creating specific configurations. In order to achieve optimum acoustic standards of sound absorption and reflection, the walls were covered with sheets of paneled veneer. Micro-bored sheets were installed at the lower level with an acoustic diffuser ‘Qrd’ in the central units. Acoustic cloud canopies were also added to minimize any ambient noise.

The new space was supported within the fabric of the old building by creating double cavity walls, and the existing wooden floor blocks and solid wooden doors paneled and adapted. A harmonious balance was achieved between modern architecture and the original academy. The end result was a pleasing blend of the original appearance and building methods used at the beginning of the last century, and new technologies needed to reach the current building standards and wooden-paneled required for this space. 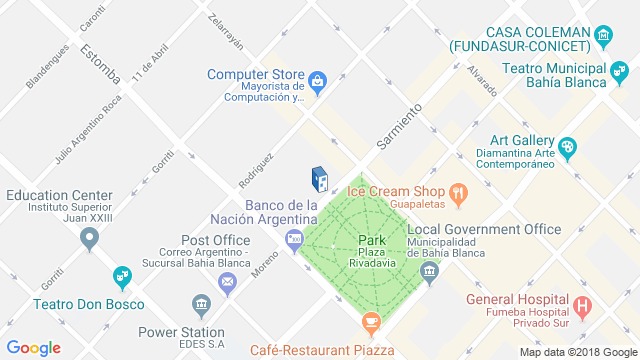