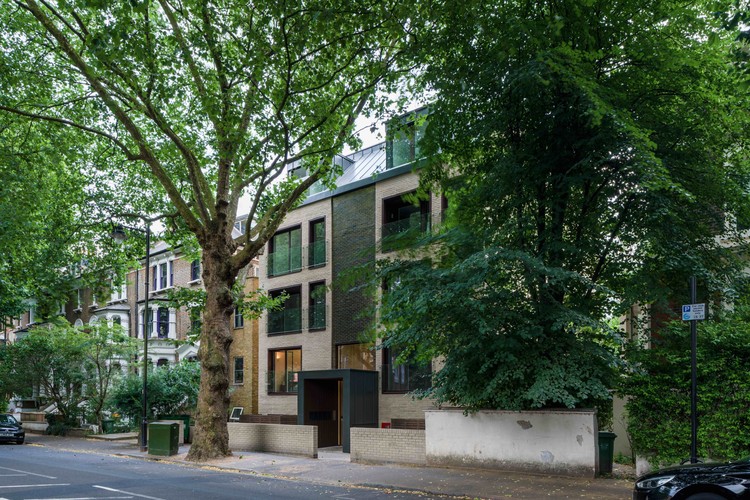 Text description provided by the architects. Grosvenor Avenue by fourth_space began as a project in 2014 with the architect suggesting to an independent developer that they could deliver a design-led project that challenged the bog-standard approach to materials and finishes associated with small developments. Set on the infill site once occupied by poor quality two-storey semi-detached houses, the building was conceived as a sensitive re-working of the architecture found in the European townhouse typology, adapted to sit within a large Victorian Islington terrace.

Though embroiled in politicized planning issues that delayed construction, the 10-unit scheme started on site in early 2017 and was completed in June 2018. The result is a high-quality infill building that sits calmly within it’s suburban surrounding and offers it’s occupants generous space with quality materials inside.

Influenced by the leafy character​​and dappled light of the Islington street, fourth_space chose a facade that responds to this local ambience. The light brickwork contrasts with the adjacent neighboring properties and is modulated by a darker central glazed brick section that reflects the sunlight as it passes through the trees, creating a subtle shimmering effect and a sense of movement on what could have otherwise been a static facade.

At the rear elevation of the property, fourth_space constructed a 128sqm living wall that covers three storeys of the property. This vertical garden adds to the greenery of the tree filled Grosvenor Avenue, reducing the negative visual impact on neighbours and enhances the long-term biodiversity and sustainability of the scheme.

Upon entering the building you are met with a rough faced highly textured concrete interior that contrasts with the sharply defined brickwork envelope of the interior. Pairing this with smooth resin ‘concrete’ floors, a raw steel balustrade and dramatic ‘Tornado’ and ‘Gant’ concrete light fittings, the common parts of the building have a distinct feel inspired by mid-century design and architects such as John Lautner and Denys Lasdun.

The apartments themselves were rooted in expressing materials naturally to create a more timeless aesthetic, with herringbone solid oak flooring, bespoke sapele joinery brushed brass fittings and fixtures and the continuing resin ‘concrete’ flooring. The units each receive ample sunlight from either end of the property, whereby the presence of the trees gives a sense of living within a suburban-like canopy. Each unit is given both front and rear terraces lined in a dark composite decking, which overlooking Islington and the nearby Canonbury station. 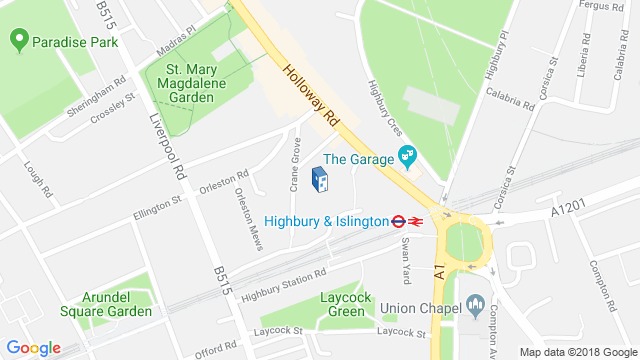 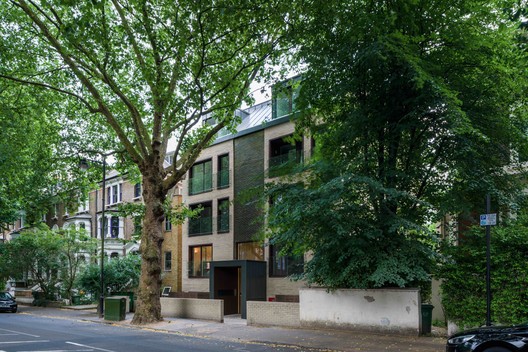