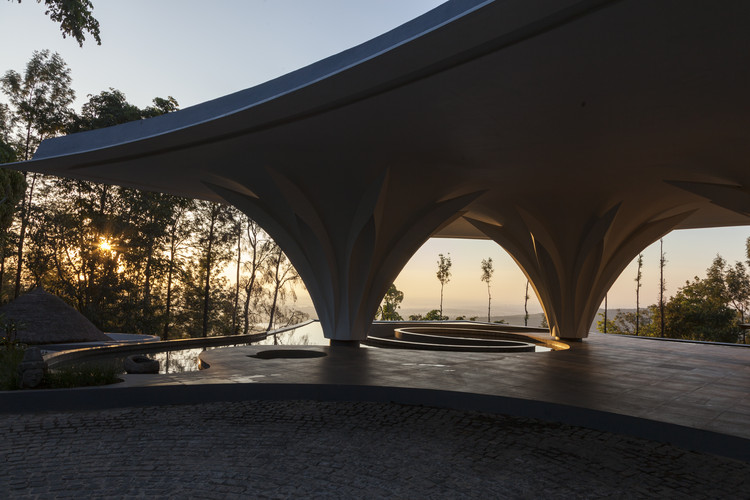 Text description provided by the architects. The site is situated in a 40-acre coffee estate in Chikkamagalur at the foothills of Mullahangiri Hills, overlooking the valley beyond and the town on Chikmagalur. With a mesmerizing natural backdrop for each built form, the development comprises of a Clubhouse, Single Villas, Twin Villas, a Spa, a restaurant and a Tree house plus other ancillary facilities.

The project deals with the idea of blurring the boundaries between inside and outside, such that the building becomes one with nature. The challenge in this project was to insert built forms into the existing landscape and blurring the edge seamlessly like a graft. The landscape is treated as a visual and tactile element. The built form responds to both the immediate site context as well as to that of the hill station. The surfaces of the buildings are rendered with earthy and rustic materials to accentuate their contemporary forms. Local materials available on site are extensively used to not only help the architecture blend with the context, but also make the project sustainable.

The Clubhouse is conceived in multiple levels according to the contours on the site and to capture the view around. Care has been taken to cut a minimum number of trees and insert the building into the natural fabric. The clubhouse comprises of an arrival area, the roof of which is inspired by flowers in a forest. For this canopy, using flowers as an analogy the form is conceived to rise up from three distinct points to form a large overhang. This entire structure is made out of metal and draped with a coating of Ferro-concrete to give a smooth sensual feel. The underbelly of this canopy houses the waiting area and the reception and offers beautifully framed views of the valley beyond. A grand helical staircase takes one to the lower level into the restaurant, which peers into the valley. Just below this level, is the infinity pool which thrusts itself amidst the trees. The organic geometry of the entire club house enables it to be one with nature.

The villas question the conventional notion of a cottage with a traditional pitched roof by having a butterfly roof and are extensively glazed to capture the views around. Every cottage has a large deck which is simultaneously both inside and outside. The decks are as large as the rooms themselves to encourage inhabitants to use them as functional spaces as opposed to just spill over spaces. While the rooms enable a strong visual connection with landscape the decks enable a strong tactile connection with landscape. The roof becomes a critical element as the large exaggerated overhangs not only make it theatrical and give a sense of calm and levitation but also become shading devices to cut the glare and heat of the sun.

An elevated café, aptly named the ‘tree house’ provides a panoramic view of the scenic site and an adjacent lake. The Tree house is perched on the edge of the property over a rocky outcrop with a 270-degree view of the surrounding hills. The tree house is delicately perched on a rocky outcrop marking the edge of the property. The Spa has massage rooms that open into private courts; the shape of the spa is very organic and is conceived as a womb like space for the users.  The interplay between open and semi open spaces orchestrate most of the built form’s visual focus over the panoramic views surrounding the site. Using locally sourced materials, a rustic feel is imparted to contemporary forms. 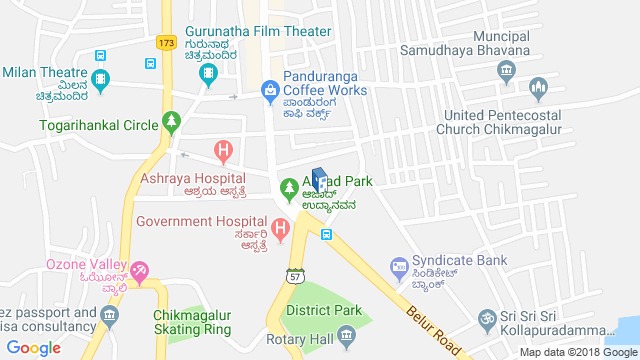 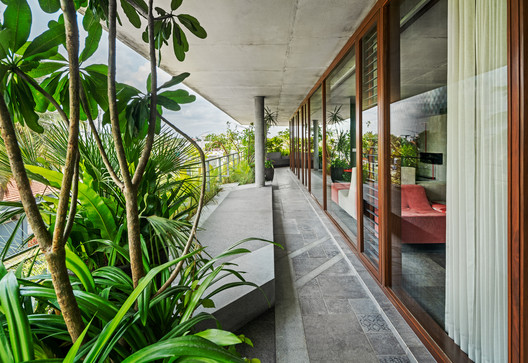 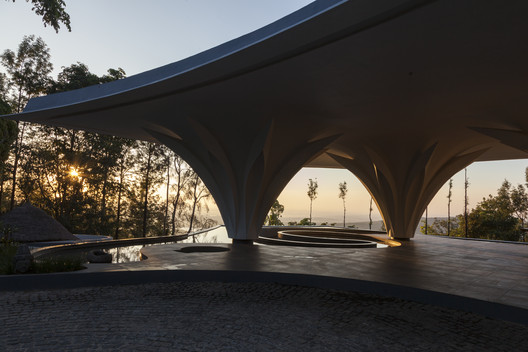