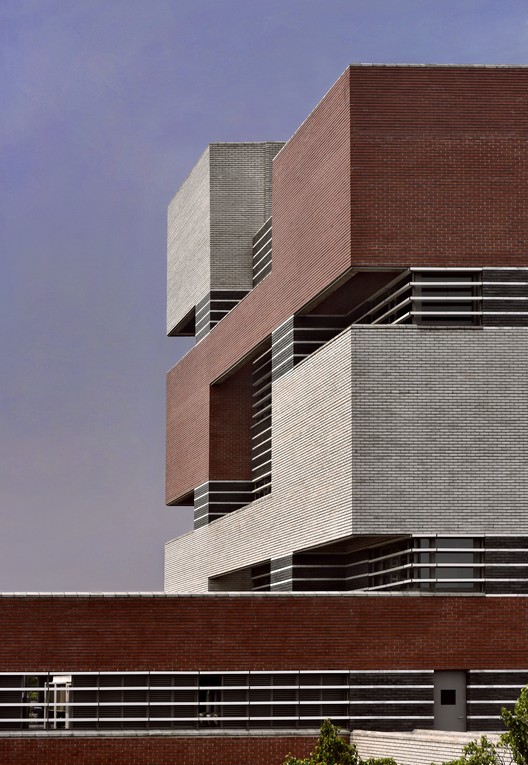 Text description provided by the architects. The common ambition of the Franco-German embassy in Dhaka, Bangladesh presented itself as a strong opportunity for the design team to display the theme of duality and unity in a single building. This synergy between the two nations led to proposing a formal concept of permanent growth. The double DNA like spiral represents the dynamic relationship of France and Germany as the ‘political and economic engine' of modern Europe.

The program is a combination of a common base for the reception, section issuing the Schengen visa, security services, technical support, and parking, but identified chanceries, French and German ambassadors and separate IT services. From this 'common ground' emerged the tower to express duality. One of the constraints on the 8000 sq.m. square plot was a large set back from all sides to mitigate the possible effect of a bomb blast on the road; leaving a low rise ground level in contact with the street for the visa section and technical areas, and a tower with diplomats. That became a de-facto medieval castle with the boundary wall playing the rampart.

The resulting garden is divided as a Char-Bagh in the tradition of Moghul gardens). This concept opened the possibility of a formal arrival court for the officials and cars followed by a ‘court d’honneur’ after the drop off porch for the diplomats and ambassadors, a ‘terrace de café’ for the café outdoor extension for casual events by the cultural service and the trade commission’s café du commerce towards the school courtyard and the formal garden for receptions, cocktails, garden parties, and national day celebrations.

The diplomatic area of Baridhara is a lush green enclave of low rise embassies within large gardens, in the best tradition of Dhaka of the 60s that was a garden city. In this neighborhood are remarkable buildings like the British High Commission, the US Embassy, and the Korean Embassy. Most are made of exposed brick, the best of its kind in South Asia- silky rich red bricks from the delta. We felt the great opportunity to blend in the texture of the city while being different at the same time. In this scheme, there is no front-back, no left-right, and no top-bottom segregation. Every entity gets its equal share of exposure on all sides; the continuity is ensured by two continuous stairs facing each other around the atrium. 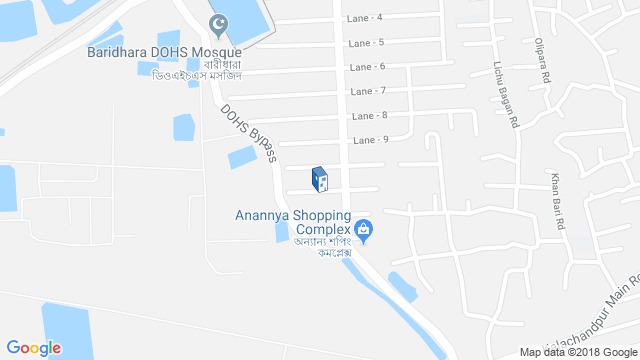 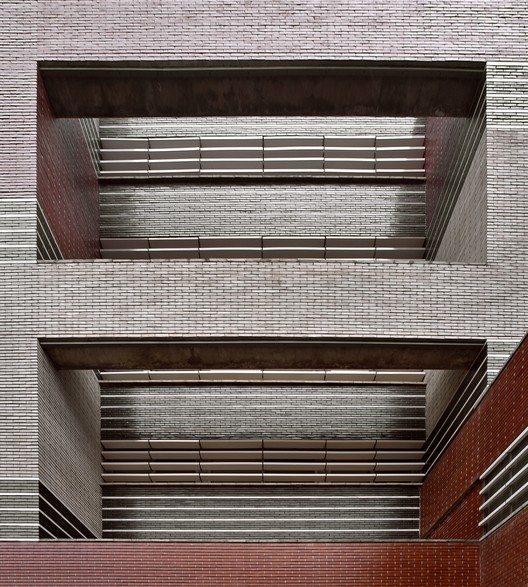