Sir Nicholas Grimshaw has been awarded the 2019 Gold Medal by the Royal Institute of British Architects. Having played a leading role in British architecture for more than half a century, Grimshaw’s acclaimed works include the landmark International Terminal at London’s Waterloo station and the visionary Eden Project in Cornwall.

The medal is awarded in recognition of a lifetime’s work and is approved personally by Her Majesty Queen Elizabeth II. It is given to a person, or group of people, who have had a significant influence "either directly or indirectly on the advancement of architecture." Previous winners include Neave Brown (2018) and Paulo Mendes da Rocha (2017). 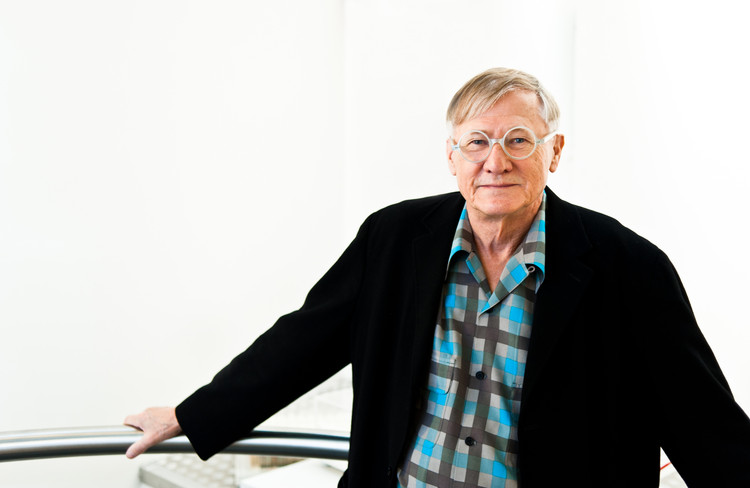 I am thrilled to hear about the Gold Medal and would like to thank those who supported my nomination. My life, and that of the practice has always been involved in experiment and in ideas, particularly around sustainability; I have always felt we should use the technology of the age we live in for the improvement of mankind. I would like to thank everyone who has ever worked in the office for contributing to our bank of ideas, and for helping to make it an enjoyable and humanistic place.
-Sir Nicholas Grimshaw reacting to the news of his Gold Medal awarding

The medal will be presented to Grimshaw at a ceremony in early 2019.

Commenting on the news, RIBA President Ben Derbyshire praised Grimshaw for “an extraordinary number of buildings and infrastructure projects of international significance, and for the continuous development of an architecture which places technology at the heart of the aesthetic.”