The National Building Museum has announced critics Inga Saffron and Robert Campbell as the recipients of the 2018 Vincent Scully Prize. The award celebrates the pair's thoughtful, insightful, and clear journalistic observations and criticisms of the built environment. Both Pulitzer Prize winning journalists, the two are honored by the Museum for their ability to reveal how smart architecture criticism can raise the consciousness and expectations for the built environment.

The 2018 Vincent Scully Prize recognizes Saffron's and Campbell's contributions to criticism and the architecture discipline. Inga Saffron is a journalist and architecture critic for The Philadelphia Inquirer, writing about architecture, design and planning issues. She was awarded the 2014 Pulitzer Prize in Criticism. Robert Campbell is a writer, architect, and critic for The Boston Globe. In 1996 Campbell also won the Pulitzer Prize for Criticism. The Vincent Scully Prize is named for the esteemed Yale professor whose teaching inspired so many individuals in the building fields. The prize recognizes excellence in practice, scholarship, or criticism in architecture, historic preservation, and urban design. View a list of past recipients of the Prize.

The National Building Museum will recognize the pair in a public award ceremony and conversation between Campbell and Saffron moderated by Blair Kamin of The Chicago Tribune. The ceremony will be held on Monday, October 29, 2018. 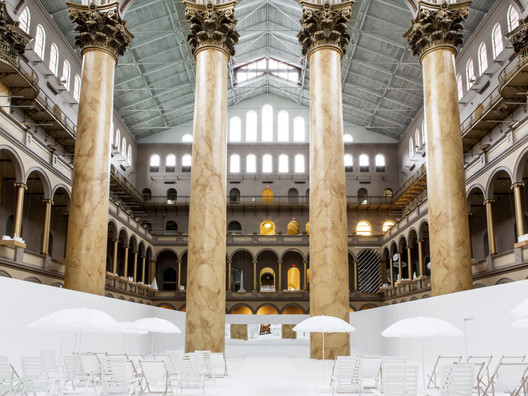