Heneghan Peng’s proposal for a new National Centre for Contemporary Arts (NCCA) in Moscow has been abandoned. As reported by the Calvert Journal, public officials were unwilling to foot the $240million bill for the flagship project, which Heneghan Peng were selected to design in late 2013.

Speaking to the Art Newspaper Russia, the head of the NCCA Sergey Perov confirmed that the project has been officially scrapped due to lack of funding. 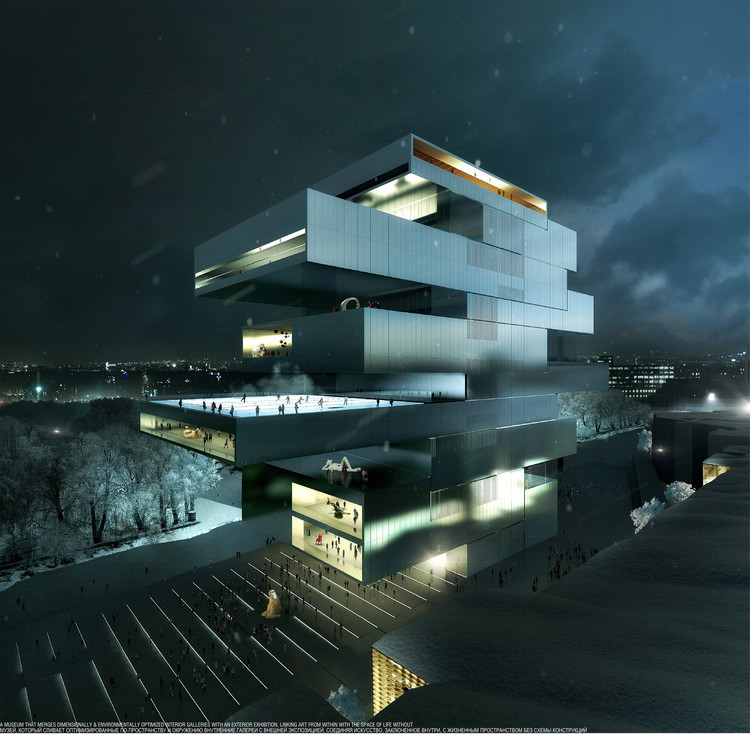 Designed as a vertical museum in the center of a former airfield, the Heneghan Peng scheme featured vertically-stacked exhibition spaces organized as exhibition “trays” to maximize accessibility, and to visually connect the NCCA’s activities to the surrounding landscape.

The 65,000-square-meter scheme, designed in collaboration with associate architect Archstruktura, was envisioned as a “series of stacked galleries allowing people to either visit a particular gallery of interest or browse through the entire collection.” The surrounding landscape featured retained runways envisioned as “elements of intensity and activity while the remaining areas were conceived of as a naturalistic landscape.”

The NCCA will now look for a new home for the museum, with the existing plot to be transferred back to the Moscow City government for the construction of a new public park. 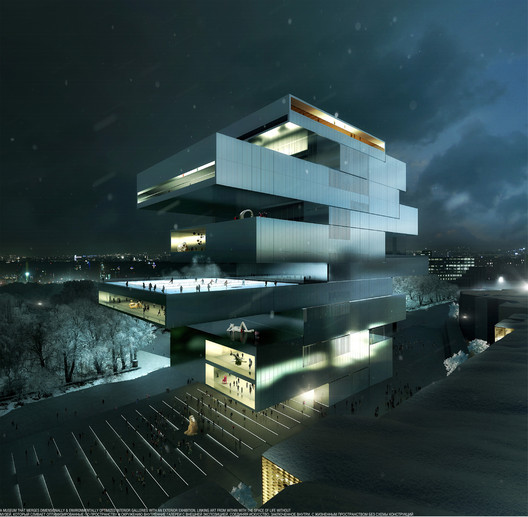