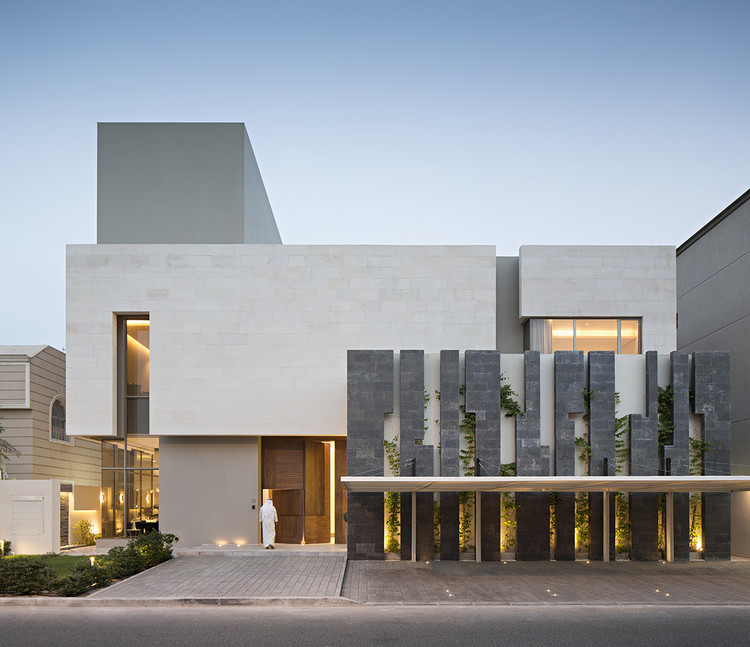 Text description provided by the architects. Tetris House sits on a 500 square meter lot with a 25 meters street front. The form is composed of three main painted masses carefully veiled by two cladded walls. Two of the masses are separated by the horizontal circulation path that is perpendicular to the third tall mass which houses the vertical circulation.

The walls hover on the front façade with cutaways revealing certain openings and hiding others. A prominent element on the façade is the main door. The 4 by 4-meter wood composition are made of two disparate doors. One is low and wide for the daily entrance and the other is high and narrow for the guest entrance.

For the purpose of acquiring natural daylighting while maintaining the resident’s privacy, the windows are hidden and revealed by the outer layer of the house at varying degrees depending on their location on the elevation. Therefore the windows on the side elevation away from the main street tend to be larger and more exposed, while the ones on the main street remain hidden and tucked away.

Natural elements were introduced to the interior spaces such as fountains, stones and plants and the material selection cover earthy tones and textures which gave the home a sense of serenity and warmth. For instance, the ground floor interior fountain was introduced to the reception space to behave as a sound and visual buffer between the reception area and the Living room therefor separating the public and semipublic spaces from one another. 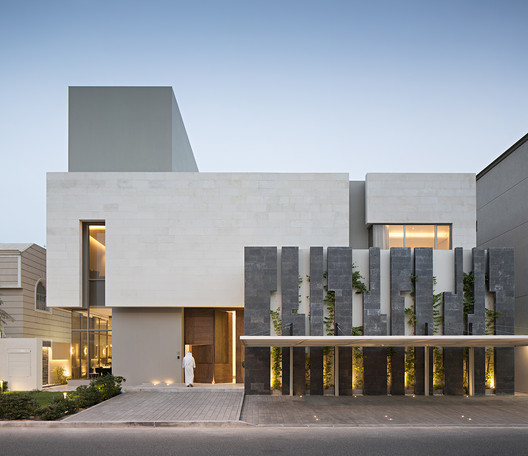