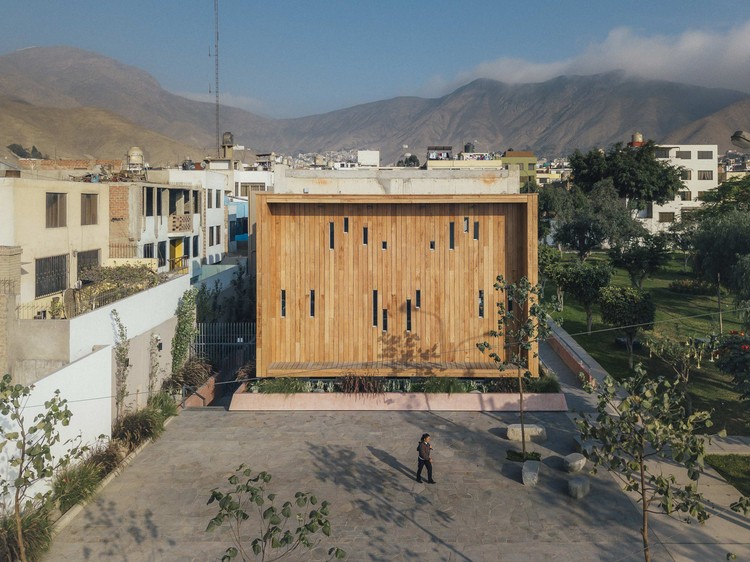 Background
The “Plaza Biblioteca Sur” project adheres to the objectives that the municipality has previously proposed such as increasing both the quality of life and community development, with projects that enrich values through education, recreation, and culture. It is essential to highlight that this project took around eight years of management, transitioning through different Mayors, valuing the spirit of continuity without placing the political party of the authorities into importance. The project rose due to the different exchanges with the local neighbors and the municipality, perfecting its program according to their necessities. Even now, with the library fully working, we are still collecting suggestions that search to accommodate the neighbor’s most recent necessities. The community is enthusiastic and is eager to participate in several activities to promote coexistence. It is an enriching, active and dynamic experience.

Implantation
Inside residential urbanizations in Lima, it is the common norm to direct a certain percentage of public spaces towards educational and cultural purposes. Just like in our case, these public spaces appear in large lots in disuse, most commonly near a block. That is why the project is located in a ground near the park, or as it is called, a block’s lungs, in the heart of “El cascajal”. It is a neighborhood of dense tissue, the typical trail expanded on housing developments that fuse formal and informal self-construction, consolidating a unique identity, mirroring the communities’ diverse culture and values.

The project is placed parallel to the main park and, in conjunction with two adjoining schools along with various residential constructions that surround it, completes a cultural cloister keeping the park as its center. We decided to implant a strong, formal and functional image but with a very simple architectonic presence, one that is conceptually inclusive and dignified. A contemporary and timeless architecture that will serve as a social reference for the community, a place of communion and coexistence of daily endeavors. Another characteristic of the location is the fact that cars can be parked on a parking lot zone, leaving the park, library, and environment as a pedestrian area, creating a different experience in the city,

Concept
The project is placed on the ground’s longest side, parallel to the pedestrian sidewalk that defines the park, trying to capture the optimum lighting and best view of the park and its surroundings. A trail of exposed concrete columns responds to the interior modulations, a product coming from the width of the tables on the reading room, and, with a rhythm of fullness and emptiness, a timeless and solid image is created. Such image poses an allusion towards piled books on a bookshelf, and when two of them tilt, the order breaks, therefore, signaling the entrance to the library. Two boxes of veneered native wood are inserted on the main container of mass and light, which works as goal attempts and offers a warm façade.

Both longitudinal façades are sewn against each other with beams of exposed concrete, defining a flexible and open interior specialty. An interior that responds successfully to structuring and use, valuing the natural light entering through the vertical windows as raw material, generating various sensations throughout the day. It was vital for us to think about the project through its interiors, using the action of sitting to read a book as our starting point and transitioning the exterior landscape towards the interior, and vice versa. A landscape that is defined by two realities; on one side, the pacific nature of the park, and on the other hand, the residential buildings loaded with local identity. The project manages to overlap and connect both realities, offering an inclusive environment, creating a sense of relevance for its users.

Color and Materiality
The color proposed for this project was “Nobility”, the product of the loyal expression of its materials. It proposes a sober and kind image as a background for the colors and movements that are filtered from the interior to the exterior of the building, and vice versa, so that it brings life to the project. Finally, a peripheral chain is created, which contains the main access ramp and the garden areas with a plinth of pastel pink, one that absorbs the terrain’s unevenness and allows to settle the project in place, and at the same time, lowering the weight of the building. 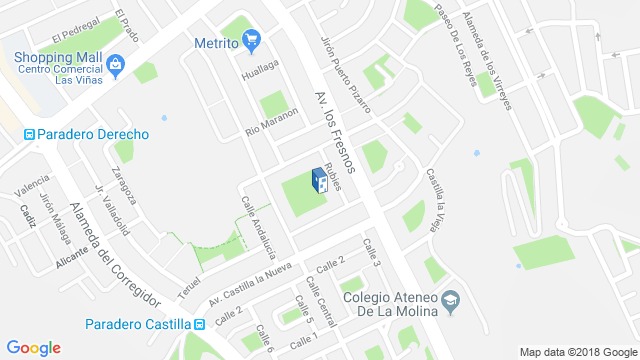 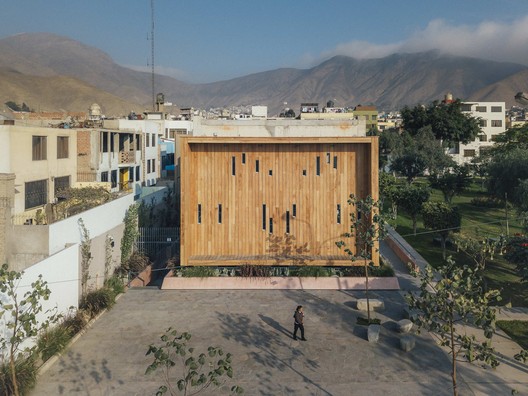