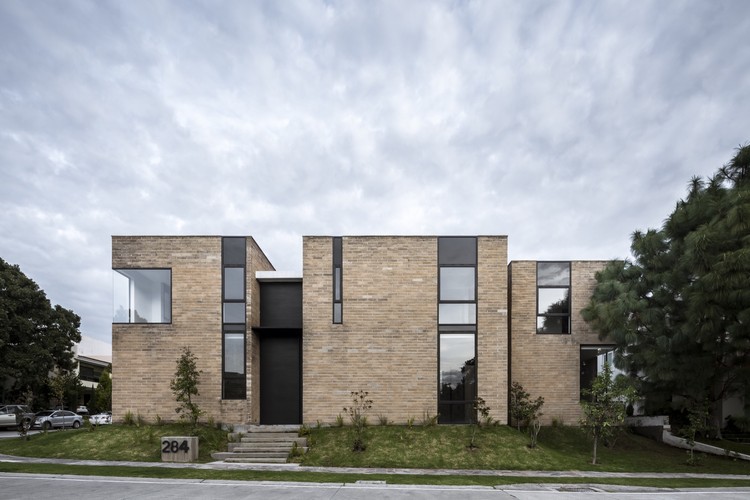 Text description provided by the architects. The House El Cielo takes shape and life through three different volumes. Like a carved rock or a cut valley in which the earth’s layers became unveiled, the three boxes that make up the house are sculptured to discover the inner space and its adequacy. Light cuts across the three layers, creating an ethereal sensation in time and space.

Three volumes are sculptured to obtain an intimate and introvert space, it lets itself be read from the outside, but it can only be understood from the inside. Its solid and heavy form it’s like a carved sculpture, while the perfectly modulated partition creates reliefs and vacuums thanks to the strategically placed windows.

The materiality of the House ages gracefully, expressing its true nature, which brings out a timeless character to the space. The castles are hidden in the partition but the partition isn’t hidden at all making the space warm and cozy.


The only walls are structural so, by not having a single wall without a constructive function, the continuity prevails in both levels with a clean and honest system.

The three boxes have different dimensions but same proportions, and each one contributes at generating experiences throughout the space. The most important box, the central one, fragments the program. This box is the only one pierced through from top to bottom creating an empty space that, depending on the eye of the beholder, it can be a patio from the exterior or a portico from the inside of the House.

The House El Cielo is oriented to the South in order to let the tree’s shadows be projected to the inside through the boxes’ perforations, making them part of the material palette.


The program unfolds from the center to the sides. The common area in the ground floor is in the central zone, while the complementary areas are located to the sides. On the top floor each volume has a private bedroom. The transition from one space to the other is through the separation of the boxes tensed one within the next, which act like peepholes and pauses.

The connection between upstairs bedrooms is through a hallway that leads to the patio with a low window and that controls the privacy of the adjoining areas.

The complexity of the land is in its corner location and in the constraints of having three faces. In consequence we have a vegetable cushion in the front, a slope that restricts the sight of those who habit and those passing by. 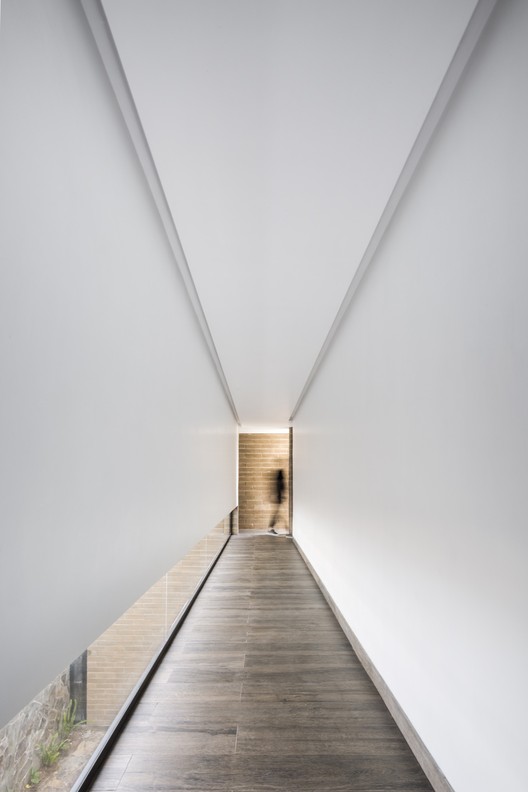