Save
L.A.’s Walt Disney Concert Hall Will Be Lit by Algorithms in Dream-Like Light Show
Share
Or
Copy

The Walt Disney Concert Hall is set to be transformed through digital art projections by media artist Refik Anadol and Google Arts & Culture. Created for the Los Angeles Philharmonic's centennial, the light show will be made through deep neural network connections projected as light. Designed for WDCH Dreams, the digital projections draw together the L.A.Philharmonic orchestra’s digital archives and translate them into data points. 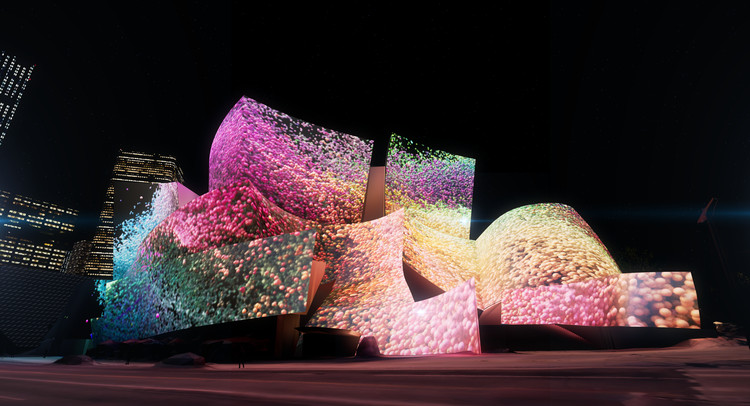 Refik Anadol is a media artist and director working in the fields of site-specific public art. Working with parametric data sculpture approach and live audio/visual performance with immersive installations, his work explores the space among digital and physical entities by creating a hybrid relationship between architecture and media arts. Anadol worked with Google Arts & Culture to translate the L.A. Phil's archives, and the work create a “data universe” that can be shaped by the neural networks as they transform and animate the Gehry Partners–designed concert hall.

Alongside the light show, music will be used from the philharmonic’s archives and sound designers Robert Thomas, Kerim Karaoglu and Parag K. Mital. The music will be sorted into thematic compositions by machine learning algorithms. Inside the concert hall, visitors can interact with the archives through a mirrored room with two-channel projection in the Ira Gershwin Gallery. Inside the concert hall, the Ira Gershwin Gallery will contain a companion installation where participants can interact with the philharmonic’s archives via a mirrored, U-shaped room with two-channel projection.

Nightly performances will take place between September 28 and October 6, 2018. 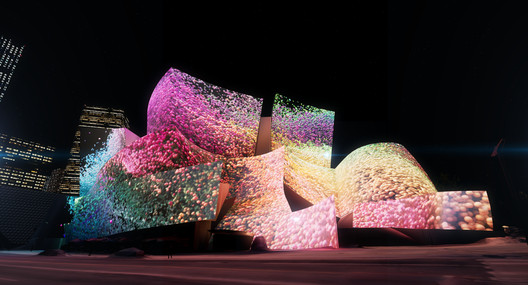