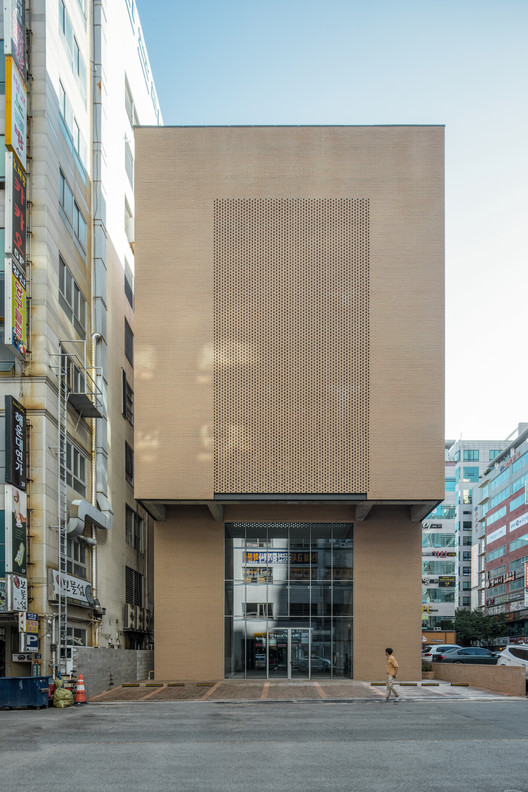 Text description provided by the architects. WON Building, located in a typical commercial district of a New Town in Busan, Korea, was designed and built for rental just like other buildings neighboring it. The client, however, added one specific requirement: making it DIFFERENT from others with ordinary structures. The reasonable scale of WON Building distinguishes itself from other buildings, most of which were built as large and tall as possible to make more room for rent, leaving two positive aspects; one is better popularities for rent, relieving the burden of tenants, and the other is reducing the density of the urban area filled with skyscrapers.

The basic exterior of WON Building takes a form of standing on two legs, placing the core in each side using  RC structure. This strategy creates 10m spans of a columnless ground floor with high ceiling height, It makes a relationship between building and both of its front and rear streets. The upper level of the building, on the other hand, is provided with the ideal environment for office space. Its southern terrace allows and retains suitable illumination intensity, shading the space from the light of the Sun. At the same time, it creates a comfortable rest area and increases energy efficiency. With the diagonal shape of the terrace facing Jang-mountain, a mountain nearby, users of the space can enjoy nature in the very middle of a crowded urban area.

The most visible and distinctive feature of WON Building can be found in its exterior finished with brick. The bold use of brick reveals the presence of the building strongly but simply in the intricate and crowded area while leaving warm, soft and environmentally friendly images at the same time due to brick‘s hand-size and texture. ‘Hit and miss’ brickwork in the northern side of the building also makes WON Building special. The empty space between bricks brings in lights to provide a unique ambiance and protect privacy for the building at the same time. 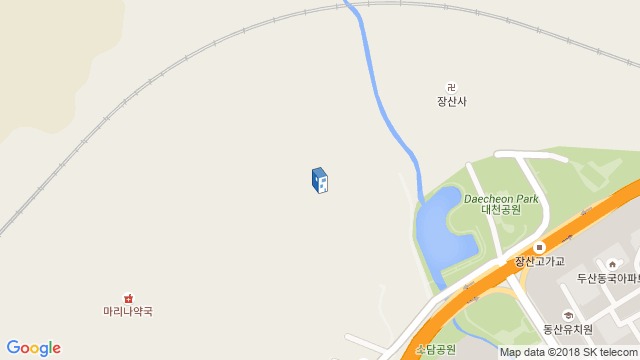