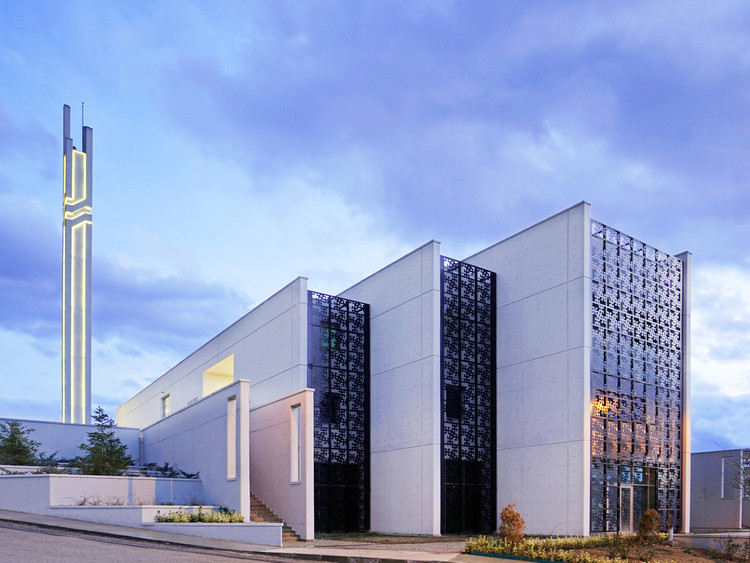 Text description provided by the architects. With their powerful and dominant iconography, based upon tradition, mosque architecture is one of the most conservative building typologies in the Turkish context. On the other hand, referring traditional and local values creating a sense of sustainability had always been a major challenge in a modern understanding of mosque architecture.

Yasamkent mosque in this respect represents a research towards creating a sense of consciousness towards creating a peaceful continuity between traditional and modern values of cultural accumulation. Located in a relatively small plot within the new development area of Ankara, which also gives its name to the complex, Yasamkent mosque is the search for balance between open and closed areas, modesty and expression, identity and convention as well as modernity and tradition.

The building is an outcome of topography where the natural level difference is used to reorganize programmatic differences and creating a hierarchy between public and private entrances. The composition is based upon freestanding parallel walls not only defining the essence of interior space but also creating a transitory medium for exterior and interior spaces. As a powerful traditional element, the walls are major expressions of architectural language.

As they come together, limit and blur the boundaries of alternative spatial experiences provided. Similar to walls, the courtyard is a significant traditional element, which both unifies and separates the main praying area from a library and less public areas like lodging. The courtyard is utilized as an instrument to integrate exterior and interior as well as soft and hard landscape. In the main praying hall, a modest concrete dome not only used as a reference of tradition but also it upgrades the interior scale and provides significant mystique light quality.

Use of reinforced concrete and glass directly as a finishing element, the use abstract and solid geometries, modest simplicity and minimalist architectural attitude directly refers to a contemporary architectural language whereas abstract Kufic expression of the minaret, as well as the abstract motives of fences, refer familiar traditional elements. With all these characteristics Yasamkent mosque must be seen as a challenge towards blurring the significant and ideological differences and popular architectural contradictions between traditional and modern. 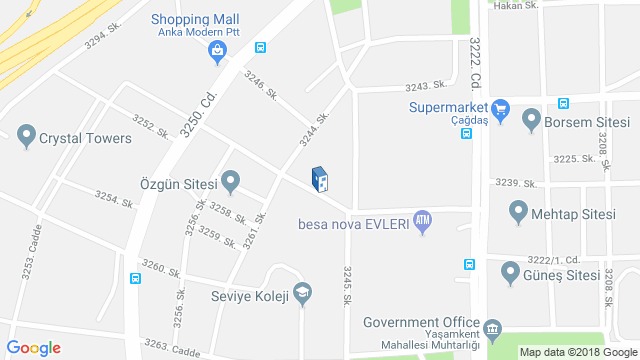 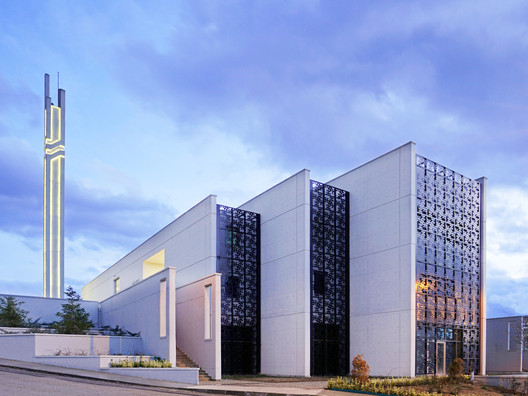