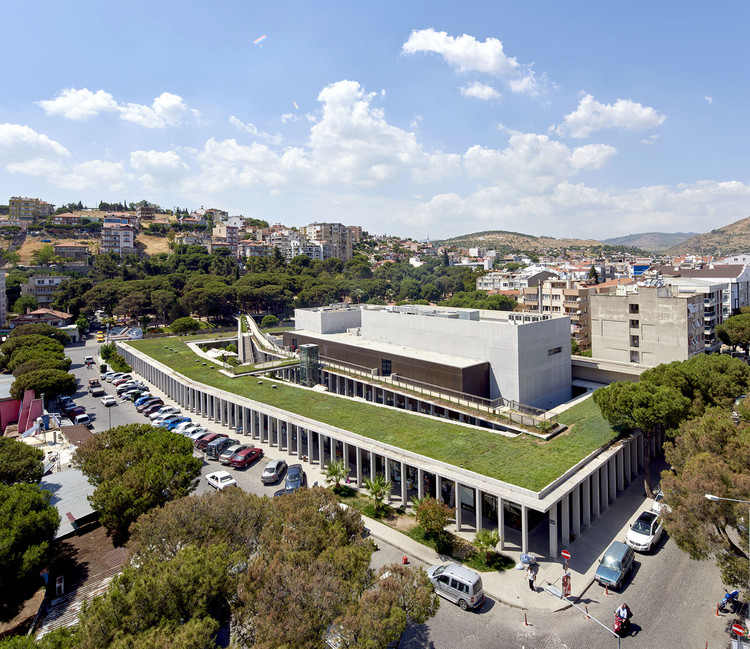 Text description provided by the architects. Today, two different images exist together in Bergama. One of them is the ancient city of Pergamon. The acropolis presents the physical appearance of a city culture built upon a rooted civilization. In contrast, the city of Bergama today, laying below Acropolis, displays a rather rural city texture. The urban texture of a typical small town started yielding itself to apartments. Is there any possibility to consider a relationship between the Acropolis and Bergama? The question waits for the description of a place that will host Bergama’s cultural life without avoiding the memory of the place.

The commerce along the Cumhuriyet Avenue continues with the rambling stores that intrude the pedestrian walkways. To sustain the commercial life that exists here and at the same time not to displace the tradesman were the main reference points. In the design, the commercial units recede a step back to keep the alignment alongside the avenue and create a shaded arcade. This arcade creates an interior courtyard by surrounding the area from three sides allowing the stores to work towards both to the street and the courtyard.

The three masses placed in the courtyard generate spaces of cultural activities like the library, cinemas and theater revealing rich spaces open for public use in the voids generated between each other.

The park across the road is connected to the Cultural Center with a green bridge that descends first to the level of the open air cinema, cafe and lounge spaces and then into the courtyard. The recreational functions in the courtyard act as lounge spaces for the cinema and multi-purpose hall, enriching the daily life of Bergama. With all of these qualities, Bergama Cultural center breaks the image of the ‘cultural center’ that fails to form a relationship to the citizens, and makes itself a citizen of Bergama. 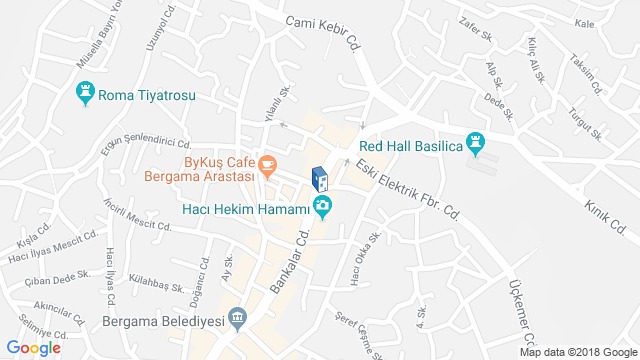 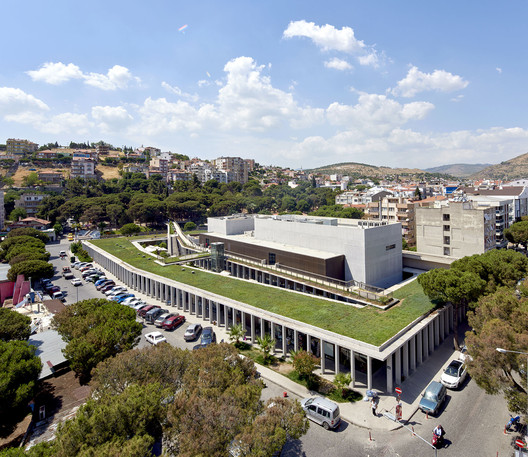