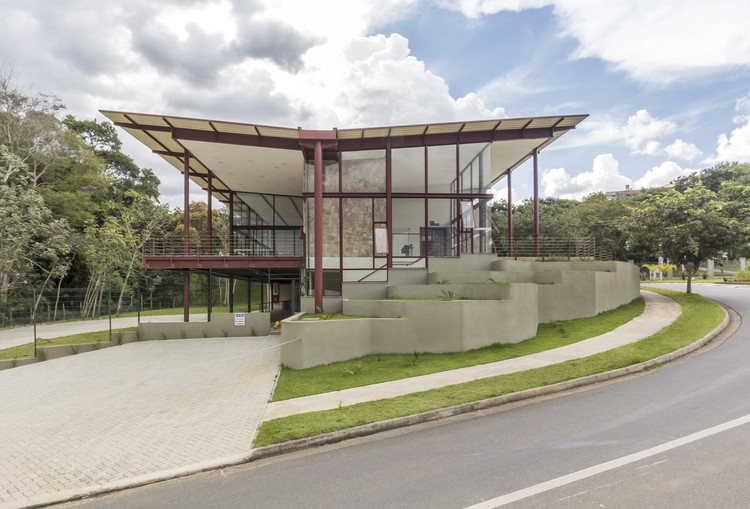 Text description provided by the architects. We were asked to design the Social Headquarters of a condominium recently installed in São José dos Campos - Brazil, in an expansion of the city called Urbanova. This region is distinguished by large areas with remnants of the previous occupation - agricultural properties - in addition to having new access roads and a preserved native forest adjacent to the site of project implementation.

There was already a reasonably well-defined program and desired areas, so the great challenge was to implement the building on a sloping terrain with one side formed by a large curve and the other with the boundary of the preserved native forest.

Our interpretation of the problem was directed by some guidelines that have become mandatory for us:

- the Hall should be facing the back of the site, providing privacy and a privileged view of the forest;

- the building should "talk" with the other architectural elements of the environment, basically, the pre-existing residential entrances.

- finally, architecture should establish such a presence on the spot, in order to consolidate a milestone in the "non-place" formed by the intersection of roads.

As the slope was steep, we opted for a retaining wall to create a pavement below street level, where we put the parking for 14 vehicles and service entrances. Thus, viewed from the front, the building appears to have only one floor, where we privilege the social entrances, the hall itself and, more hidden, the support areas such as kitchen, bathrooms and locker rooms.

We also imagined creating a visual barrier that would bring privacy to the great hall, which translated into the great stone wall, but with windows that could guarantee some natural light and cross ventilation on very hot days.

The idea of ​​using a steel structure came from our intention with the roof, which should be light and able to overcome the large hallway without counting with intermediate supports.

We also had the desire to use low slope roof, to achieve na equally light and plastic result. All of this came to meet the client's desire to do a quick, clean and phased construction.

The use of the stone makes a counterpoint to the steel and glass, in order to integrate the architecture with the exuberant nature of the forest in the background. 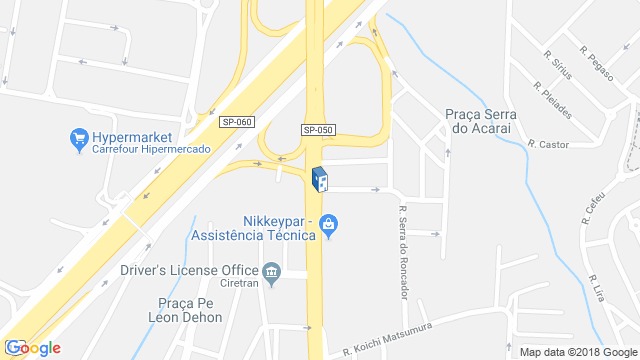 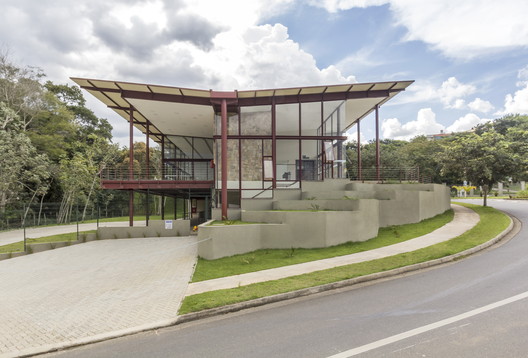 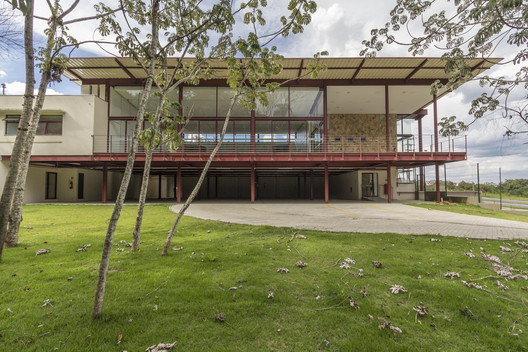