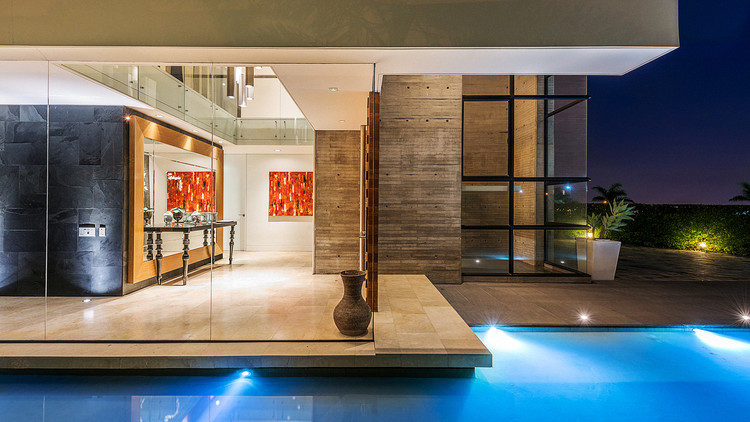 Text description provided by the architects. This single family home is located just on the outsides of Cali Colombia, in a recently occupied area; due to this, it lacks of a clear architectural environment couldn’t allow to make reference of a typological or formal resource exposed in nearby architecture.

From this fact, and after having acknowledged the program required by the family, it’s decided to propose a house that refers to certain forms and typologies that worked well in the city with architects such as Borrero Zamorano and Giovanelli in the decades of the 50s, 60s and 70s of the last century.

After having made decisions regarding the use and implementation in the property, three basic concepts appear in the overall composition of the architectural project:

1. The typology of articulated naves in the shape of an "L"
2. The horizontality and the idea of ​​a more compact and robust volume (Floor 2) that rests on planes and structural elements which appear diaphanous (Floor 1).
3. The development of the housing program follows patterns and habits of a contemporary family. Within the first floor, social areas are separated from service areas, articulated by an access lobby located at the intersection of the two naves that make up the house volumetrically. On the second floor, the access hall becomes a family living room and continues its function as an articulating element, separating the private area of ​​the parents’ bedroom with that of the children’s.