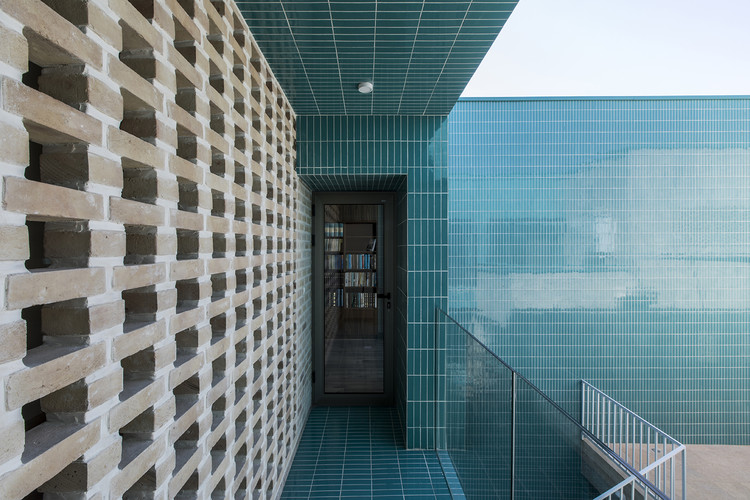 Text description provided by the architects. The blue-yard house is a house of an Isfahani family. Its land is located in the part of the city of Isfahan, where land subdivision is almost based on an eastern-western pattern. According to the current laws, when a house is built in the upper half of the land, the main part of the house is exposed to the disturbing light of the West, which deprives the house from the south light, the best direction of lighting in Isfahan.

This was the biggest challenge of the project although it came up with an architectural response through offering the project a blue yard in the form of a courtyard, which in the past was the historical pattern of houses in this area.

Living room has the height of two stories, and with the blue yard and the small living room on the upstairs together, they create the heart of the Isfahani house in an ‘andarooni’ form.

The blue tiles recall the historical and memorable color of the city of Isfahan, and in combination with bricks, they diminish the violence of the land to the west.

Spaces that have been inevitably opened to the main yard and the western light, with brise-soleil of a kind of homegrown mat (woven from the wood of native redbuds of Isfahan), adjust the intensity of the west sunlight, sending beams into it.

This house with redbuds brise-soleil, blue tiles and its yard has provided a collection of identity, memorable, and contextual elements for the Isfahani family. 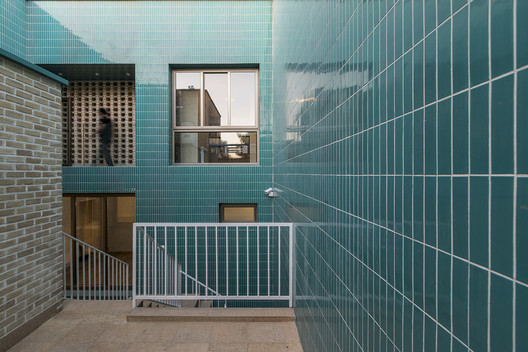