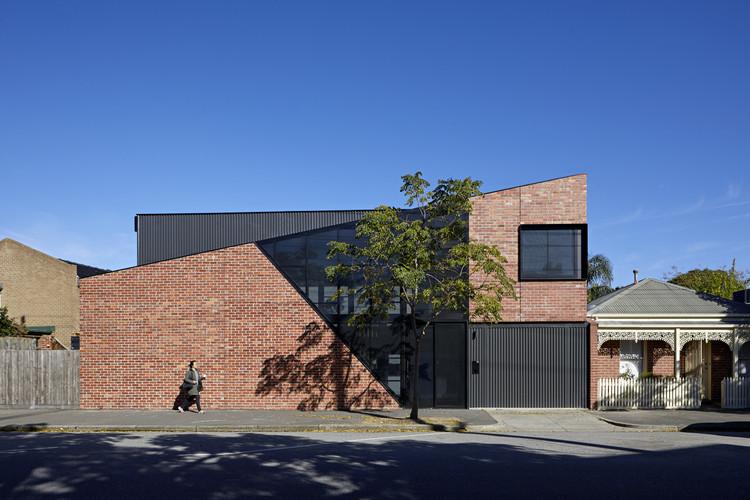 Text description provided by the architects. Surrounded on all sides by neighboring properties, this site was unique in that it was irregular with a particularly wide frontage, with a mixture of houses on one side of the street with commercial and industrial buildings on the other.  Importantly, the existing house could be demolished and so we had the opportunity to design a new house from scratch, which is very rare for inner-city Port Melbourne.

The brief was to design a striking, modern house that made the most of the small site and yet worked well with the existing streetscape. Our response was to start with materials that were prominent in the area – red brickwork, metal cladding and perforated sheet metal which we used in a unique manner.  Strong, angular lines were used in conjunction with recycled brickwork that made reference to the warehouse aesthetic prominent in this part of Port Melbourne.

The façade was ‘peeled open’ via the use of perforated mesh exposing the steel structure beneath.  This created varying levels of transparency and privacy whilst allowing natural light into the entrance area.  Black sheet metal cladding completed the façade which made reference to the industrial aesthetic in the area whilst also providing contrast and texture. The entrance alcove, combined with the stairs and the hallway, forms the spine of the house, connecting the main living spaces with the sleeping areas upstairs.

This circulation area is filled with light, with the combination of the perforated mesh screening and timber balustrade creating constantly changing light effects on the interior. This circulation space then narrows down the hallway which then opens up to a playroom and dining area which has been designed around the north facing a courtyard which allows light into the living spaces throughout the year.  The kitchen is characterized by clean lines and subtle angles, with the ceiling punctuated by a strip skylight above.

In warmer months the dual stacker sliding doors open the living spaces into the courtyard area that expands the sense of space.  The first floor sits above the playroom and dining area which is evidenced by the angled bulkhead, which steps up in the living room and kitchen, increasing the sense of space. In the bathrooms, we selected white subway tiles with contrasting black fixtures, shelves, and joinery to further emphasize the warehouse aesthetic throughout the house. 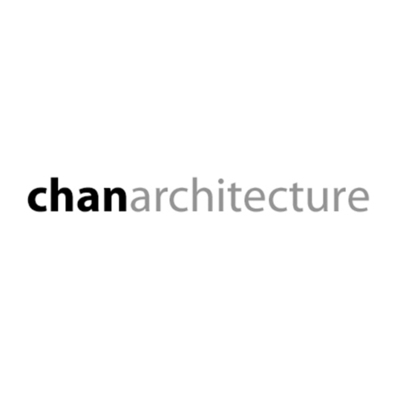