Save
Guest House in Aira / Plan21 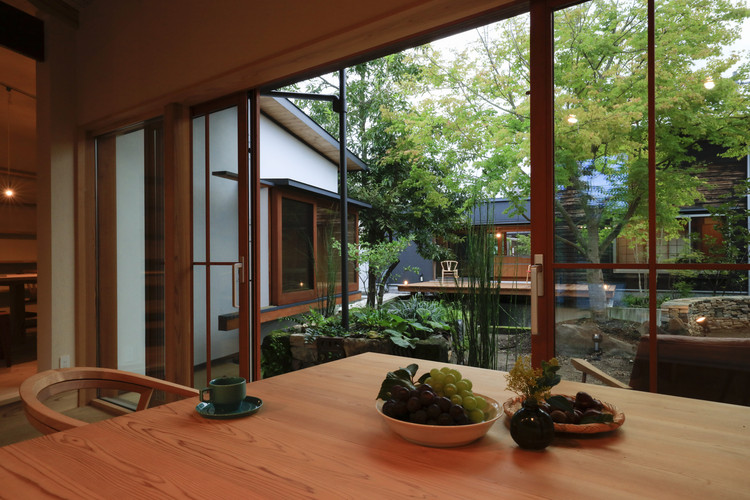 Originally Japanese houses were open and liberate. However, in recent years, housing in Japan has changed greatly and is becoming closed. In response to that situation, this house was designed to regain its original liberating housing shape. On extending the guest house, I reuse the two spatial elements that the past Japanese houses had. They are the space under the eaves and the dirt floor.

The interior floor of the guest house is finished with a dirt floor. The dirt floor extends from indoors to the outdoors, and the outdoor part is covered with large eaves. Beyond the eaves beneath there is a courtyard with plants, and further, beyond that, there is a main house across the watercourse.

In recent years many Japanese houses have abandoned their spatial elements, shut off from the outside with aluminum sash and air conditioner. As a result, many Japanese houses lose contact with outside nature and become like autism. In this house, we connect indoor and outdoor with the dirt floor, cover it with large eaves, and realizing a living integrated with nature.