Plans for One Sydney Park, a $700 million mixed-use development, have been submitted to the City of Sydney for approval. Located on a 44-hectare site in Alexandria, the project is designed by MHN Design Union, Make Architects, Silvester Fuller and Sue Barnsley Design. Planned to be built with close to 400 apartments, the mixed-use complex would include commercial and cultural programs. 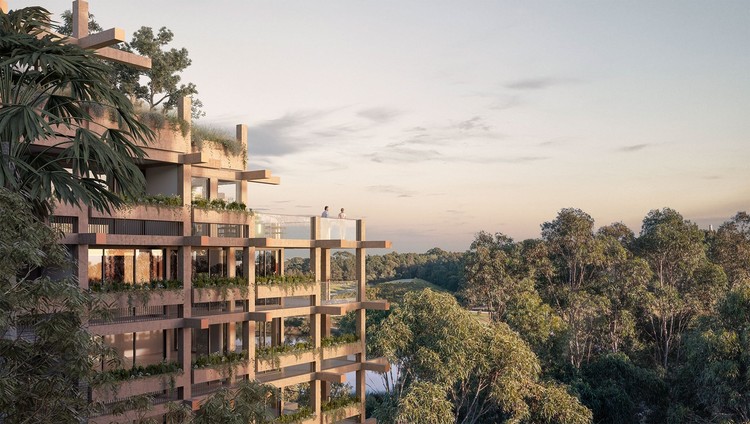 Beating out three rival teams, the design won last year's competition to reimagine the Sydney Park site. Of the eight buildings planned, four will be located along Euston Road. The design aims to create a barrier and street wall between Euston and the park buildings. As the winning team stated in 2017, "Our concept vision for One Sydney Park imagines the creation of a new park-side community. A place that will extend the ecology of the parkland and support a culture of creative enterprises and local business.” Grounded in the earth, the base of the buildings will be made from brick and stone.

Organized in a fan-like plan, the One Sydney Park development centers on a central plaza. As the team proposal states, "Recognition of the contextual diversity of this place has informed the architectural language, resulting in park-side buildings which feather at its edges, dissolving the boundary between building and landscape.” The folded and layered context meets the public plaza and connects directly to the park itself. In the buildings, the highest levels are inspired by the surrounding parkland trees, a seemingly unfinished framework that stems from the structure below. At ground level, the idea is to interweave paths and greenways between the buildings.

Find out more online at One Sydney Park. 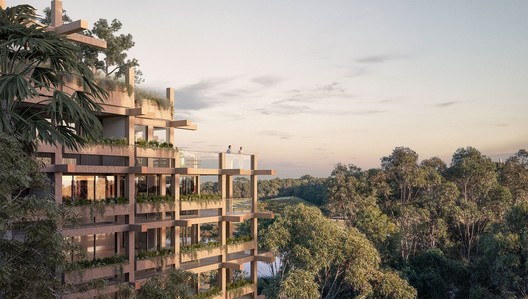