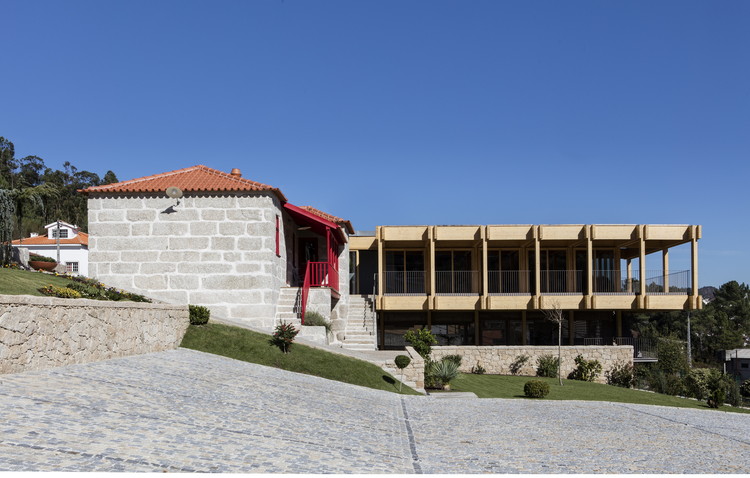 Text description provided by the architects. The site was outlined by a pre-existing house, with a terrace quite tipical from the region, located at the upper part of the terrain, which has a singular topography, accentuated by slopes and terraces defined by stone walls.

The architectonic requalification of the restaurant, is marked by a clear distinction between the pre-existing building, which corresponds to the rehabilitation, and the new building that would constitute an extention.
Although both buildings stand upon the terrain terraces, the refered diferention between them is accentuated by its orientation and window openings, forming an “L” shape that opens to the view, and defines a plasent exterior area. Both these volumes recive the restaurant with the entrance at the upper level of the terrain at the same height as the main street, Rua das Lapas.

The new volume, materialized in a modelar wood structure, takes as a reference the pre-existng stone building, and they connect in a way that creates two paths, a private and a public.

As the user moves away from the construction, the wooden structure gets more emphasys on the terrain, and it stands supported by wooden pillars through the slopes, creating a suspended part, covering a platform below more related with the terrain, creating an area more quiet and shaded. 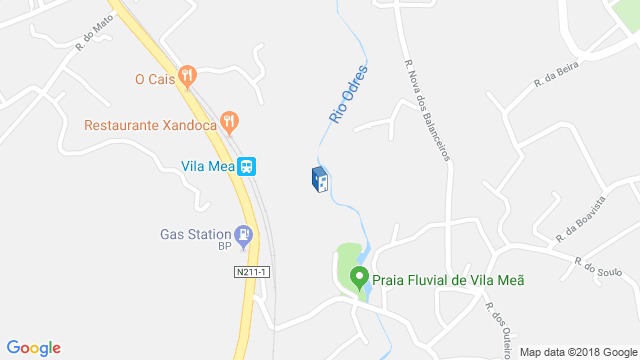 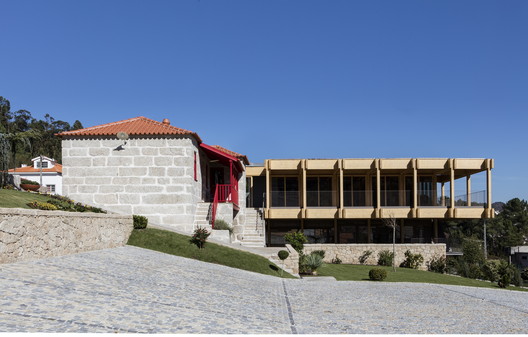