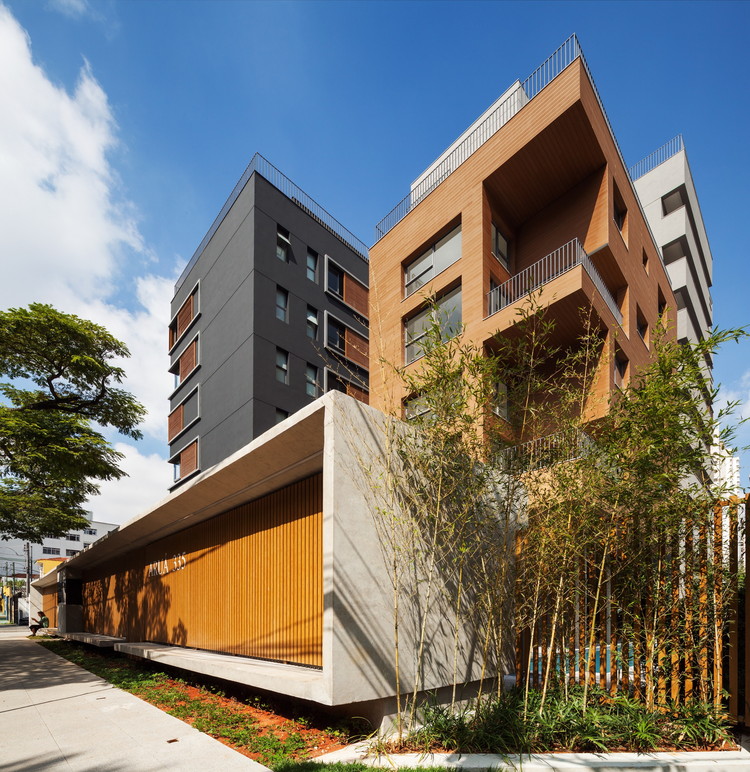 Text description provided by the architects. The Aruá building was designed considering 4 different blocks joined by a common vertical circulation. The work is similar to a jigsaw puzzle made up of four buildings with different blueprints and heights, merged into one. The combination of these volumes forms an ascending spiral, as each block has a floor that is higher than the previous one. This movement inspired the building’s name, meaning snail shell in Tupi.

The strategy of each volume with a different template enabled a series of penthouses with verandas and gardens at the same level, like the yard of a house, different from the usual access to the open area exclusively through a second floor. Each block received a different finish, to accentuate the difference in the blueprint and occupation of each of the volumes that comprise the building.

The building includes many references to good Brazilian modern architecture. The entrance hall is entirely open underexposed concrete columns; the landscape designs are quite tropical; there is a large art panel made of cement tiles by artist João Nitsche; the openings in the apartments have sliding shutters, and the building is accessed through an exposed concrete entrance that marks the transition between public and private, and also serves as a sidewalk bench.

The final architectural volume of the project concerned the architects from the beginning, as the legislation pertaining to the ratio between land area, constructed area, occupation need, and template forced a result somewhat robust and compact. To that end, the use of volume variation also allowed for a plastic approach to the implementation of these volumes, reinforced in the meticulous façades and entrance, especially in the smaller volume, entirely lined with synthetic decks. The plastic result of the set seeks to minimize the impact of the new construction, establishing a dialogue with the urban morphology of the streets, making this a friendlier building to pedestrians and the urban fabric. 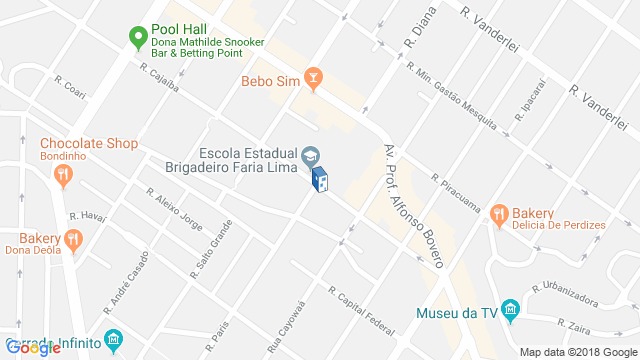