Galaxies, quasars and gas clouds are a little bit closer, thanks to China's Five-Hundred-Meter Aperture Spherical Radio Telescope, or FAST. Built as the world's largest telescope, the project was made to sense radio waves from space. Sited in the Dawodang depression, a natural basin of the Guizhou Province in southwest China, the telescope was completed in September 2016. Now two years later, the telescope has begun to radically transform tourism and the urban evolution of Guizhou. 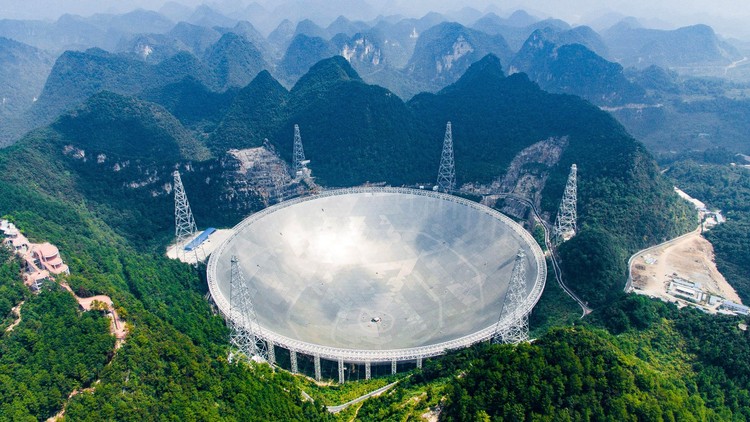 FAST was designed as a giant geodesic dome shaped out of 4,450 triangular panels. Created at a cost of $180 million, the project aspires to be the leading site for radio astronomy in the world. At the same time, the local government has invested in a series of nearby developments including housing, cultural projects, hotels and public spaces. The resulting Astronomy Town hopes to increase tourism and spur economic revival in the area.

As a remote site, the Dawodang depression provides the ideal location to pick up remote radio waves. The Tianyan dish has a 500-meter diameter, nearly five football fields laid end to end. During its official opening in 2016, FAST received its “first light,” from a pulsar 1,351 light-years away. The opening was the first part of a commissioning phase scheduled to be complete by late 2019. In that time, the number of regular tourists allowed at the site per day is capped at 3,000 to limit radio frequency interference. Overseen by the National Astronomical Observatories of the Chinese Academy of Sciences, a total of 71 scientists, technicians and site professionals currently work at the project.

Within three miles of the telescope, the government passed legislation establishing a radio-quiet zone, an area where thousands of resident villagers were relocated to deter radio interference. The nearby Astronomy Town hopes to be a leading astronomical tourism zone worldwide. Tourism development has led the town to grow at an unprecedented rate in recent years, and the result is a continuously unfolding urbanism centered on the telescope itself. As the town continues to be supported by government backing, the relationship between the telescope and growing radio interference remains to be seen. 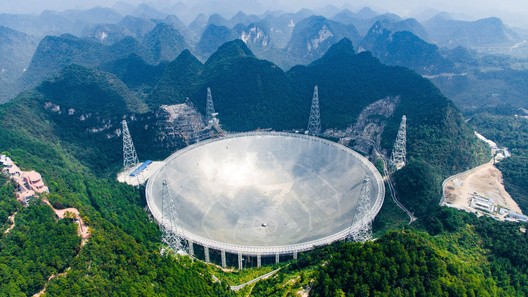