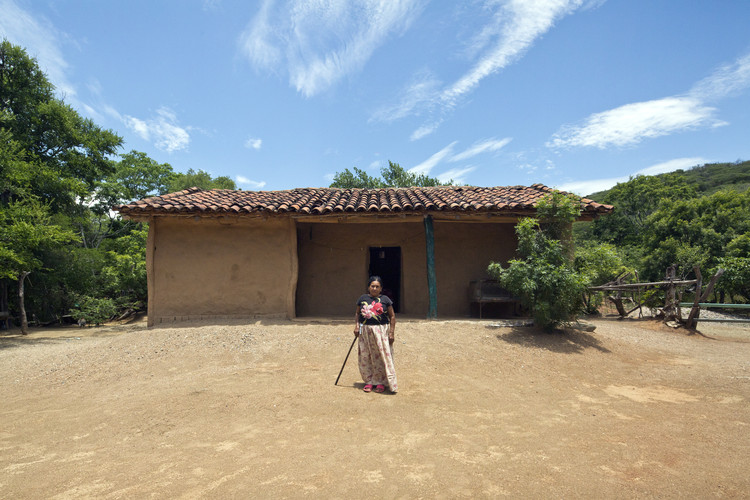 Traditional Mexican housing is being transformed by a number of factors, namely the urbanization of rural areas, the disruption of public information, the loss of the environmental consciousness, and housing policies that downplay the importance of traditional means of construction in favor of more industrial methods -- the likes of which generate false aspirations that redefine the concept of a dignified living space.

This is driving the loss of both tangible and intangible national heritage, namely the architectural values developed by the native peoples of the country over the centuries. In other words, it's not only the architectural heritage at risk of disappearing but also the centuries of knowledge built from everyday living spaces and their relationship with the territory that they inhabit.

“Typology: The Current State of Traditional Housing in Mexico” is a project by  Investigación Activa Participativa (IAP) that documents and analyzes the relationship between territory, living space, community, the management of natural resources and the architectural traditions of pre-hispanic cultures, while at the same time emphasizing the transformation that has taken place under economic, cultural, environmental, and political motives.

Our country's architectural tradition is built on territorial comprehension, food production, and construction, all of which have become the objects of study for architects, designers, anthropologists, geographers, and sociologists. In other words, behind the study of living space, we can better understand the evolution of cultures and what drives it.

The native peoples of Mexico were able to generate a contextualized, functional, and appropriate architectural style for every region, leaving behind a legacy of values that translate into current architectural practices.

Systemic Thought: Traditional dwellings are the result of meticulous observation and the resulting understanding of complex geographic, hydrological, meteorological, social, economic, productive, and cultural factors that impact their construction.

Suitability: Traditional architecture is characterized by, not only its synchronization with the surrounding environmental, cultural, and social context but also its ability to last, as identified by the architect Carlos Gonzalez Lobo. This means that the construction systems are complex enough that they work in sync with their environment and in a way that will stand the test of time.

Territoriality: Homegrown architecture maintains a connection and dialogue with the territory in which it resides. In this sense, basic territorial unity (solar) means that all the elements of a dwelling, from the structures to the surrounding environment, allow for activities that contribute to its protection, productivity, and overall liveability.

Communal feeling: The processes related to obtaining and producing materials. Also, that the construction of traditional housing maintains its viability through the communal practices (sharing the load) promoted by the people who build and reside within these living spaces. Communal building implies collectivity, mutual help, dispersal of knowledge, skill development, and the search for community well-being.

The mission of "Typologies: The Current State of Traditional Housing in Mexico" is to bring forward the voice of the native population and demonstrate their architectural traditions and knowledge. The objectives of the project are as follows:

The investigation is separated into regions (southeast, northeast, midwest, and northwest) and will be presented in the "Houses For All" Exposition presented by the Institut für Auslandsbezienhungen IFA (German Institute for Foreign Relations) in Stuttgart during April 2019.