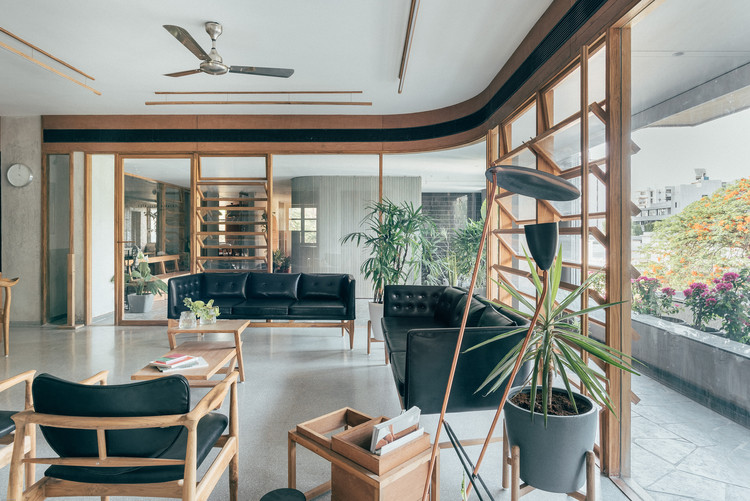 SITE BRIEF
The workspace lies on the third storey of a newly built tranquil structure enveloped by a large number of trees and openings that allow ample of daylight and ventilation throughout the space. Located in one of the most posh areas of the city, the design justifies the elite surroundings through its forms and spaces that keep the interior isolated yet connected to the external environment.

DESIGN CONCEPT
Workplace is that single space where we tend to spend more hours than we do in our homes. The core idea focused on creating a “feel at home” and in addition a “disciplined” space since the floor is shared by two unique professionals- architects and advocates. The spaces envisaged were both singular and diverse, connected yet separated synchronously to allow the simplicity and diversity to co-exist.

SPATIAL ORGANIZATION
The passage clears into regular Kota foyer with interiorscaping to make a natural, good environment while adding aesthetics to the space. The space is featured with bigger opening made by expelling north east wall and combined with perforated GI sliding screens for security and vision. The main foyer further leads to two separate offices - the architect’s studio and advocates office.

The zoning of advocate’s office follows a strict hierarchical order as it calls for less interaction and more privacy while the architect’s studio positioned in the north follows a spatial organization that induces more interaction among the designers to aspire better ideas.

The choice and detailing of elements was additionally an endeavor to keep the overall look grounded and earthy and to revive the local artistry and building materials. The selection and blend of materials, the manner in which they have been utilized, the measure of the openings, all have been driven by recalling the humid climate of Surat, to make an agreeable environment to the user and re-arousing the lost practices. Application and advancement of eco- friendly materials and optimization of natural lighting and ventilation together structures a sustainable practice. 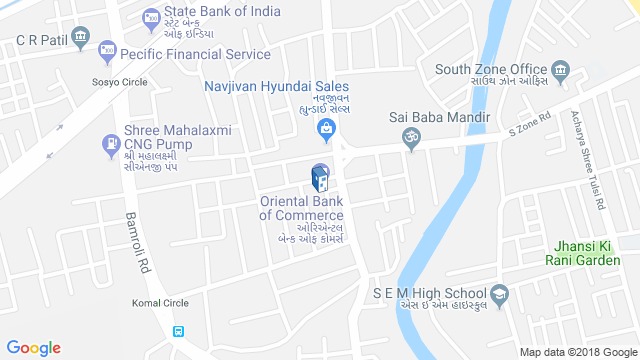 Location to be used only as a reference. It could indicate city/country but not exact address.
Share
Or
Copy
About this office
Neogenesis+Studi0261
Office
••• 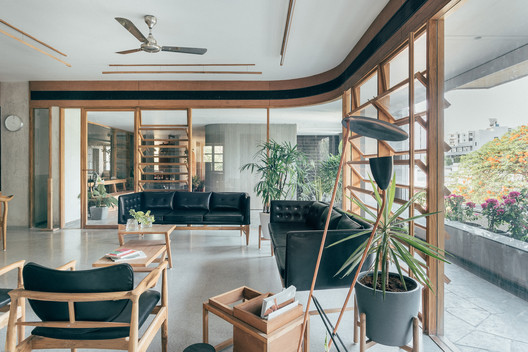