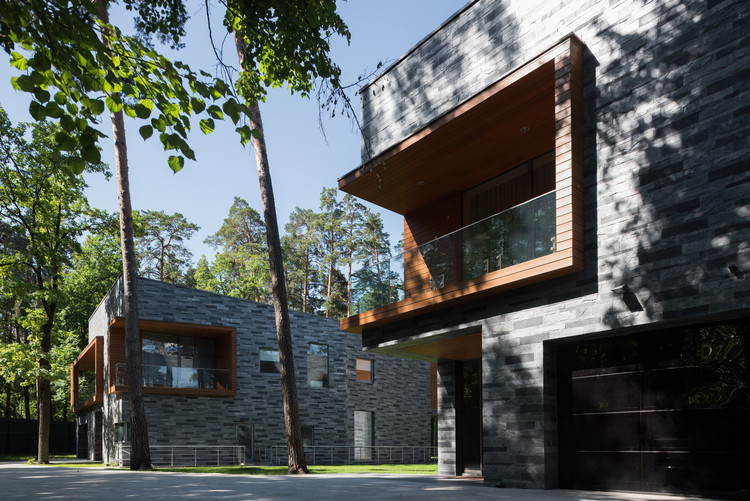 Text description provided by the architects. Those are the houses on two neighboring sites for brothers. The density of the development is almost urban, though the advantages of the houses with seemingly accidental geometry has allowed for achieving the following effect. The windows of the living-rooms face the woods; the houses of the same design have different layouts; there is a courtyard with a summerhouse for barbecue. The coarse slate façade in combination with the irregular geometry of the building give a lively, modern and at the same time medieval tone to the houses. In the decoration work on the balconies and terraces light wood has been used.

Two volume covered rough sandpaper dark slate, the windows look to the forest, but placed close to each other and form a small courtyard area - get a thoughtful and coherent ensemble, both natural and urban: a modern version of the "garden city". And the texture of the stone façade contrasts highlighted bright white interior space - architects also worked on the interior of a house

The interior is designed in a single facade with a minimalist, relaxed style and was built on the natural colors and natural materials. In contrast to the facade in bright colors are used, and only the central core of a cantilever staircase allocated the same dark gray slate façade. 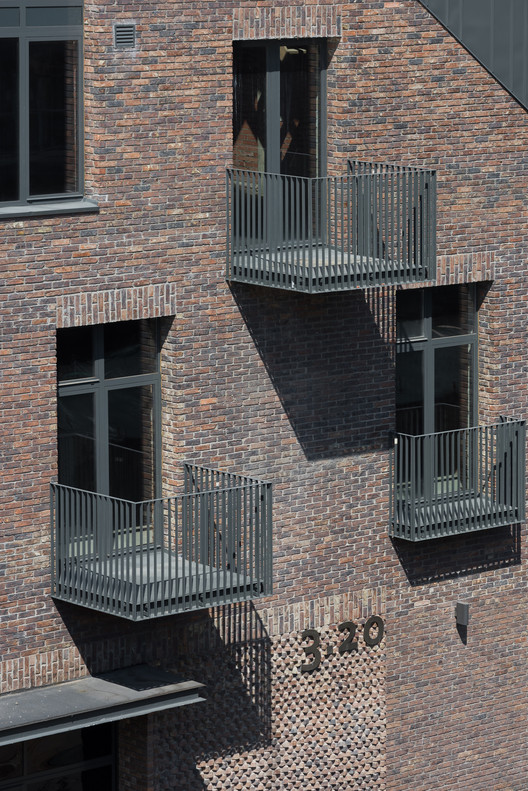 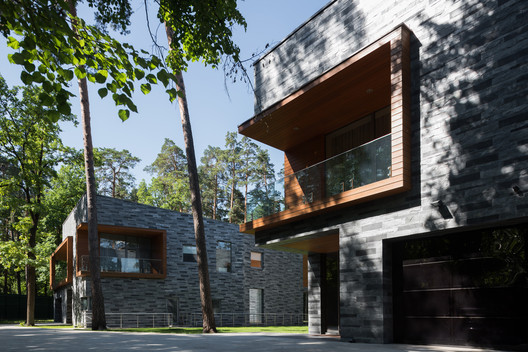