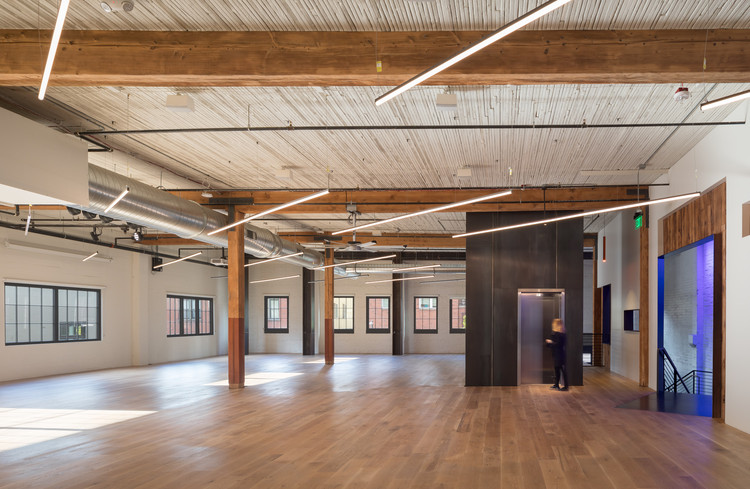 Text description provided by the architects. Located in the downtown Seattle neighborhood of Belltown, Block 41 celebrates the legacy of an historic warehouse while transforming it into a contemporary, multipurpose event space. The 15,000-square-foot, two-story, brick-and-heavy-timber building began its life in 1927 as an ice warehouse. Over the years it was subject to multiple renovations and modifications, resulting in the fragmentation of the building’s large volumes into a series of dark and maze-like rooms. The new design highlights the building’s history by stripping away later insertions and partitions to reveal its hard-won patina, while simultaneously opening up the volumes to create spaces large enough for formal events, yet flexible enough to accommodate intimate gatherings.

Occupying an L-shaped site, the building faces both 2nd Avenue and a sloping Bell Street, resulting in a single-story facade on 2nd and a two-story facade on Bell. The formal entry on Bell Street is a double height space created by removing a portion of the second floor to emphasize the connection between the two floors and to reveal the building’s impressive structure. The two floors are of roughly equal size and are connected by a large, wooden ramp, originally used for horse-drawn ice carts. Horseshoe divots bear witness to where horses attempted to gain purchase pulling carts to the second floor. To preserve that history and reconnect the building to its past, a sinuous blackened-steel stairway floats over the ramp—weaving through and above the old rutted wood of the incline and allowing people to move seamlessly between floors without having to negotiate the hazards of the uneven sloped surface. The entry foyer includes a lighting installation by artist Steven Hirt. A steel-clad elevator is inserted opposite the entry, while lookout perches on the second floor extend over the entry to provide voyeuristic glimpses of guests arriving.

Both floors feature large, open spaces defined by massive old-growth fir timber leather-wrapped columns, exposed brick walls and car decking floors and ceilings. The first floor can be divided to host multiple events by virtue of a folding wall, while the second floor opens onto a 2,700-square-foot courtyard. The courtyard preserves the former covered outdoor loading dock and enables events to spill outside. A perimeter fence and gate designed by Steven Hirt encloses the area and creates separation from 2nd Avenue.

A gallery-like entry space along Bell Street holds rotating collections of works by local artists and serves as a reception and pre-function space for events happening in the building. Building upgrades—including a seismic retrofit, addition of prep kitchens and accessible restrooms, a state-of-the-art sound system, replacement of non-thermal and broken windows and the installation of new lighting and mechanical systems—bring the building fully into the 21st century. 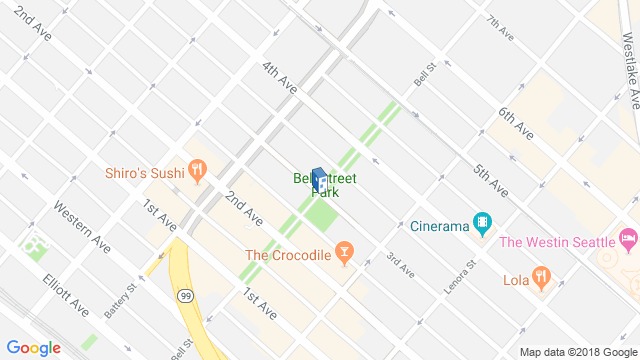 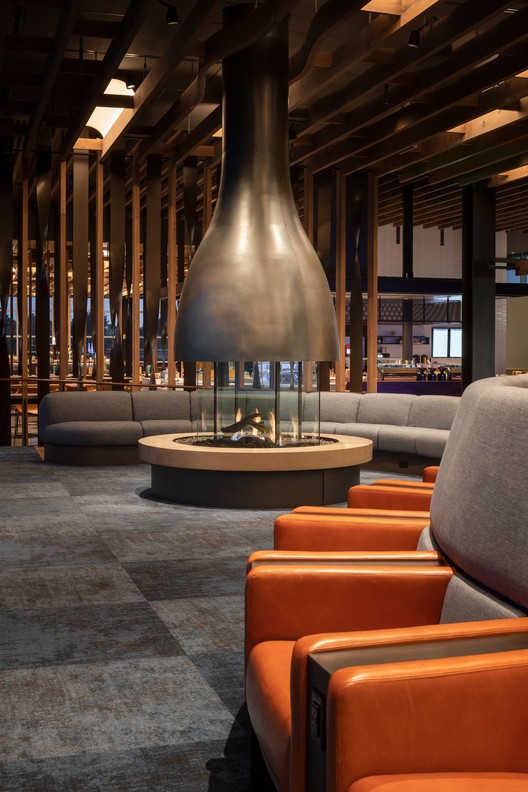