Save
Cloud Tower / the next ENTERprise Architects ZT GmbH 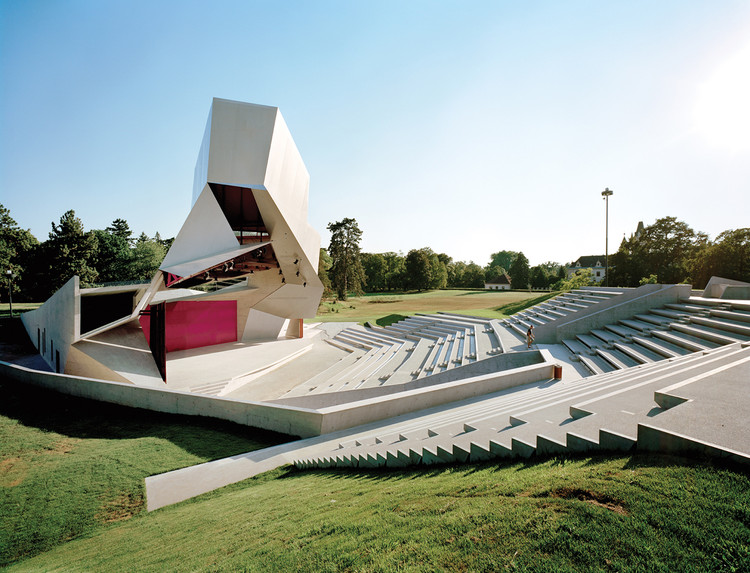 Text description provided by the architects. In May 2005 the next ENTERprise and the landscape architects Land in Sicht won the competition for a contemporary restructuring of the historical park and for an open-air pavilion. The pavilion was conceived as a landmark, as an attractor to the park but also as an outstanding performance space for classical music during festival season in summer.

Conceptually the pavilion is based on the idea of a figure that is not bound by any particular purpose and is perceived as a stage only during performances. How can such a free structure serve as an acoustical instrument, able to focus sound energy and direct it to 1700 seats for an ideal music experience?

As a spatial figure the pavilion is generated from elements of the landscape – the depression, the slope, the incision, the hillock – and the architectural folding of the roof.

The 'Schneise' (loosely translated: an incision in the landscape) creates a vista linking the riding school to the 'Black Gate’ and serves as an entrance to and a passage through the auditorium area. The staging of views and spatial sequences, the framing and hiding of points of attraction, often achieved by the meandering layout of paths in the traditional landscape garden, is a theme taken up by varying the elevation of the incision to achieve these effects.

Coming from the main entrance, the visitor is enticed to proceed by the silhouette of the stage roof, visible behind an artificial mound. Immersing himself into the incision, he tunnels through the hill and – after passing this deep and narrow space – enters the wide arena of the auditorium and the stage, the stage roof suspended above it.

The pavilion is inserted into the existing relational field of entrance gate, riding school, castle, 'Black Gate' and the 'Große Senke' (lit. transl.: large depression) and in the process re-contextualizes the network of views in the landscape. Through its topographical configuration it reinterprets formal elements of the landscape garden – the play with perspective and visual relations, with contraction and expansion, with enclosure and opening.

The basic rule of acoustics for open-air stages, 'what you see is what you hear' serves as a cue to explore affinities between perspective and acoustic space. The topography of the existing depression – the 'Große Senke' – was emphasized by modeling the terrain. Artificial hillocks are created by further excavating the depression and subsequently redistributing the soil at its perimeter, thus creating the auditorium tiers. Clearly distinguished from the natural terrain by their geometry, stage and auditorium nonetheless merge fluidly with the topography of the site.

Conceptually, materials were chosen to underscore the open-air character of the site and to strengthen the bond between built structure and landscape. The stage is a monolithic structure of fair-faced concrete, steel and glass embedded into an enveloping hillock. The audience tiers were designed using prefabricated concrete elements, compacted gravel surfaces and lawn-covered, geometrically precise hillocks.

The stage roof is designed as an autonomous, sculptured object. Suspended above the landscape on a level with the tree canopies it is placed among the groups of trees as if it were one more of them. The shiny metal surface on the outside reflects the sky and the trees, turning the roof into a cloud-tower. 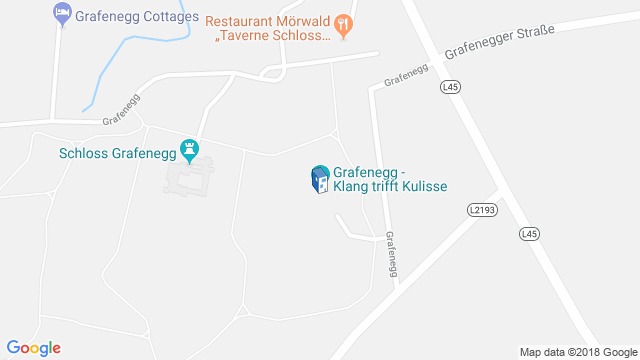 the next ENTERprise Architects
Office
••• 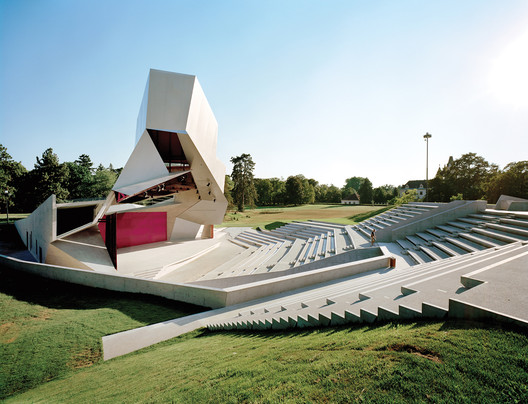