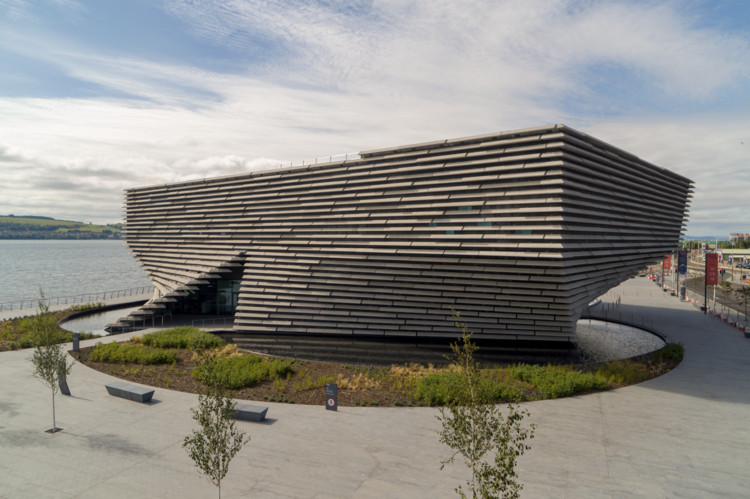 Having been selected to design the museum in November 2010, Kengo Kuma & Associates set about creating a project which would be a “living room for the city” where everyone would feel welcome.

The scheme’s exterior is defined by a jagged façade and wooden decking. Because none of the exterior walls of the building are straight, each panel was designed in advance in a 3D model, then meticulously cast in molds using a formula of stone aggregate, cement, and reinforcement mesh. Each panel is paired with a corresponding bracket in the channels of the wall, all of which were carefully mapped out prior to construction beginning.

Inside, a large, welcoming public hall will serve as a lively and flexible public square that can accommodate a variety of uses, such as concerts, art workshops, installations, large-scale exhibitions and art pieces, and more. Large exhibition galleries, a ‘Design In Action’ center, museum shop, cafe, and restaurant are just a few programs that this public space will lead to, attracting international visitors and everyday citizens to this world-class center of the arts and design.

In 2015, we reported that the museum’s £45million budget had been exceeded by 70%, in spite of extensive design alterations to rein in soaring costs. Dundee Council attributed the spending to “the highly complex nature of the building’s structure [...], the unprecedented levels of construction inflation [and] the unexpectedly low level of market interest from main contractors which reflected the risk levels associated with such a complicated and unique project.”

The museum is set to open on Saturday 15th September. You can check out our previous coverage of the museum here. 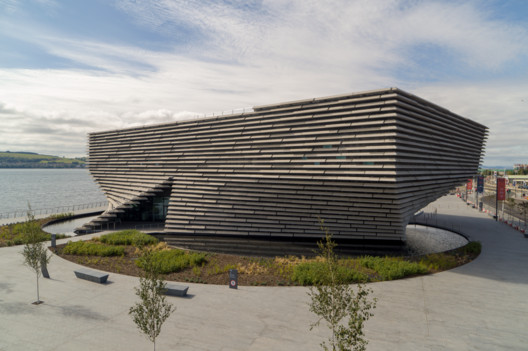