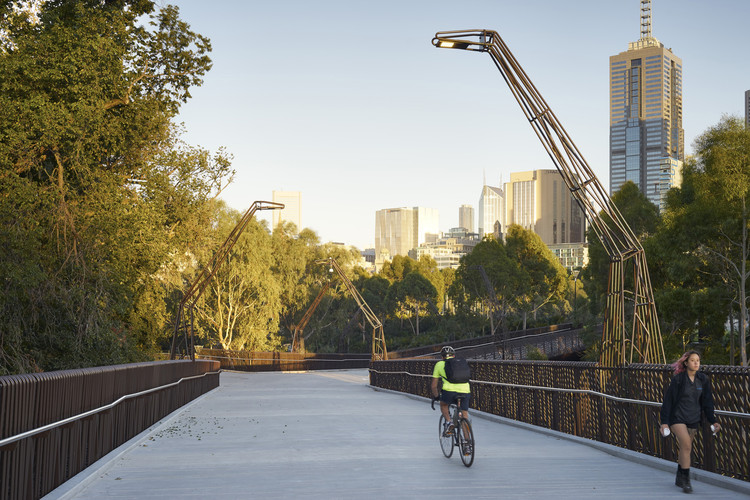 Text description provided by the architects. The new Tanderrum Pedestrian Bridge linking Birrarung Marr with the Melbourne Park sports precinct creates a new arrival address for Melbourne Park. The bridge serves as a major pedestrian entrance point during the Australian Open. A ramping pathway through Birrarung Marr leads to the bridge proper and its alignment respects the landscape and topography of the park.

In our design, we make an important connection between the historic landscape of Speakers Corner and the outside tennis courts of Melbourne Park across Batman Avenue. Both of these existing spaces are steeped inegalitarian and democratic values - one with a history of regular citizens speaking freely on any subject; the other where a player of any ranking can pick up a tennis racquet in one of the sport’s great precincts.

The bridge design is slender, a flat steel girder structure that tapers at its edges to achieve the required span across Batman Avenue. The bridge undercroft follows the slope of the existing landscape thus eliminating low forming spaces and settles the bridge into the landscape. The lightweight filigree character of the steel structure provides the framework for a journey which branches into a connective path with views toward the Yarra River, Birrarung Marr, and the City. 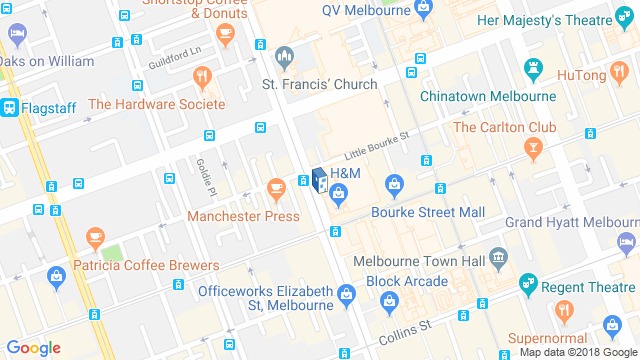