Opening next month, the London Design Biennale returns with an impressive cast of characters. In its second iteration, the Biennale begins September 4 under the theme ‘emotional states’ and will run until September 23. After the 2016 inaugural launch, the event has expanded to include 40 countries, cities and territories. Taking over Somerset House, including the Edmond J. Safra Fountain Court and River Terrace, the event will explore ideas ranging from social equality and pollution to migration and cities. 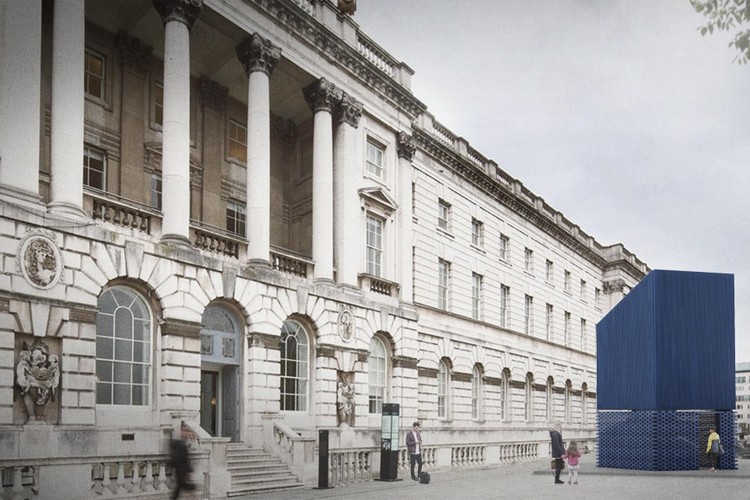 As an immersive ‘world tour’, the London Design Biennale is set in Somerset House at the heart of London’s cultural scene. The historic structure hosts a range of programs as a creative forum for designers, artists and makers. This year, Emotional States aims to provoke a broad interpretation across design disciplines to create engaging and immersive installations. Through states of Anger, Contempt, Disgust, Fear, Happiness, Sadness and Surprise, the installations were asked to explore a particular country or city's design story.

Here, presented in no particular order, are some of the must-see installations for the upcoming Biennale.

The story of indigo is closely aligned with India’s design identity. As a natural form of dye, it is a reminder of traditional methods of cultivating and processing textiles that were pioneered in the subcontinent. In terms of its status as a colour that is inseparable from luxury and desire on the one hand, and exploitation on the other, it is a highly ideologically loaded design tool, which needs to be asserted as being representative of India’s design identity. India will immerse viewers in one of the troughs used in indigo production, a dye used to make jeans and other textiles, whose methods have gone largely unchanged for millennia. The State of Indigo will present films of the workers, who stand in a line thrashing the water with their outstretched legs, the installation will exploit the hours of hard labour produce only a small bar of concentrated dye, known as ‘blue gold’. State of Indigo is curated by Priya Khanchandani.

Curated by Ellen Lupton, Face Values by the Cooper Hewitt, Smithsonian Design Museum (New York) is an immersive installation that will explore the role of facial detection technology in contemporary society. Featuring work by designers Zachary Lieberman and R. Luke DuBois displayed within a digital environment designed by Matter Architecture Practice, the installation will investigate how the human face has become a living data source that governments and businesses use to track, measure and monetize emotions. Lieberman and DuBois’ installations will directly engage the viewer in a public performance of emotion to demonstrate how machine-learning technologies evaluate people’s behaviors and assess their identities.

The housEmotion installation considers the emotional meaning of home in an age of increasingly transient living. The meaning of home for a person may simply be a smartphone with a full memory. Or it may be something more fundamental to our sense of self. Curated by Tabanlıoğlu Architects, the pavilion will start with the most elemental idea of a house: a cubic form. The walls, perhaps even the home itself, are seen to be illusory. Once visitors step inside the structure, it will take on the homely role of a shelter. A divan is placed in the heart of the space, which Tabanlıoğlu describe as being “like a mother’s lap”. It is a place where visitors will want to spend time, relax and meet new people. At night, lights embedded in the rods will turn the structure into a glowing lantern, or perhaps a warm hearth.

Curated by Nathalie Harb in collaboration with BÜF and 21dB, The Silent Room is a public space where citizens are insulated from outside noise and other sensorial aggressions. Silence is increasingly a luxury for the most privileged - data mapping has shown that the poorest parts of the city are the worst affected by noise pollution. The Silent Room responds to this context: it provides a cocoon-like space, isolated from the city’s noise, for all citizens, regardless of background or level of privilege. It makes silence and rest available to everyone. The Silent Room advocates silence as a form of resistance, an act of cleansing needed to reclaim ownership of our thoughts and ourselves.

Power Plant is a futuristic greenhouse that uses sunlight to generate both food and electricity. Food drives many of our most primal emotions, and increasingly it is at the root of our deepest fears. The world’s population is growing rapidly; by 2050, 2.5 billion people will live in cities. At the same time, climate change is amplifying weather extremes – deserts are expanding and fertile land is becoming scarcer. The question is, how can we continue to feed so many people – and how can we do so in a way that doesn’t do further damage to the planet? Power Plant, the Netherlands’ installation, will show how design offers cause for hope. Visitors will enter a greenhouse of the future – a building that harvests both food and the electricity needed to grow it. Power Plant is curated by Marjan van Aubel.

‘Aangan’, meaning courtyard, is fundamental to the vernacular architecture of old Lahore and a significant focal point of the urban house or haveli. Curated by Abid Majid and designed by Mariam Majid, Pakistan's installation will explore the concept of habituation in relation to craft making; the introspective nature of the task and the inner worlds of the artisan through film projections and computerised art. The aangan becomes a symbol of human connection and the cascade of garments represents a collective identity celebrating our existential duality as individuals and a community. Responding to the movement of the viewer, the artisan’s story will create an interactive display, inviting the viewer towards an introspective interpretation, evoking emotion, ascribing value to the desaturated and decontextualised garments.

The concept of ΑΝΥΠΑΚΟΗ has been used throughout history to describe the Greek temperament, with explorations of disobedience dating back to Ancient Greece and its internationally influential mythology. Curated by Nassia Inglessis, Greece's design explores this duality in the nature of disobedience through a kinetic installation that changes our interactions with the physical environment. It encourages visitors to imagine a world in which buildings, boundaries and walkways morph and adapt in response to human intent, shedding light on a potential future for cities. ΑΝΥΠΑΚΟΗ is comprised of a 17 metre-long wall constructed from a steel spring skeleton built up with recycled plastic which flexes, morphs and breathes around the human body. Visitors can transgress through this mechanical boundary, and as they tread, experience the skin of the wall transforming in response.

Curated by Arthur Analts, Matter to Matter will explore the relationship between people and nature. Latvians are living in a harmony with nature. With the rapid development of modern technology and cities, it is important to be aware of the interaction and impact on the environment and nature, which is so essential in Latvian culture. Latvia's interactive installation consists of a meditative space and serves to comment on Latvian design, architecture and technology in the 21st century. Design with a long-term focus will create socially responsible and environmentally friendly design, that can coexist with nature and its inhabitants.

Guatemala has developed a textile installation, Palopò, curated by Cecilia Santamarina de Oriveelaborated with hand-made materials to represent the breath-taking landscape of Lake Atitlán and bring visitors closer to Santa Catarina Palopó, a community where art and design is being used as a tool to promote sustainable economic and cultural development. This is an interactive installation where visitors are encouraged to learn about the project, and its process by exploring the audiovisuals and miniature interpretations of the spaces found in the village.

Curated by Flynn Talbot, Full Spectrum will communicate the feeling of love and openness. To celebrate Australia's newly-passed legislation that made same-sex marriage legal, the installation hopes to reinforce that love has the power to transcend all borders, all cultures and all religions. Featuring 150 strands of fibre optic light, each one a different color, visitors will be able to touch and move through the light strands, to stand within the interior and be surrounded with a rainbow color wash. 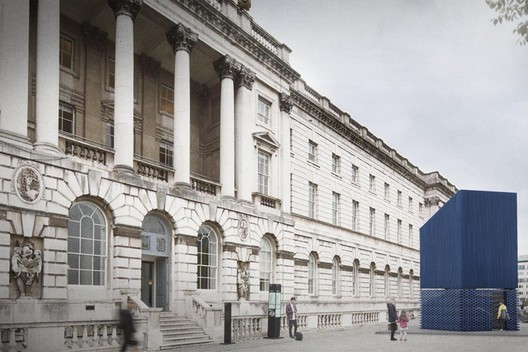