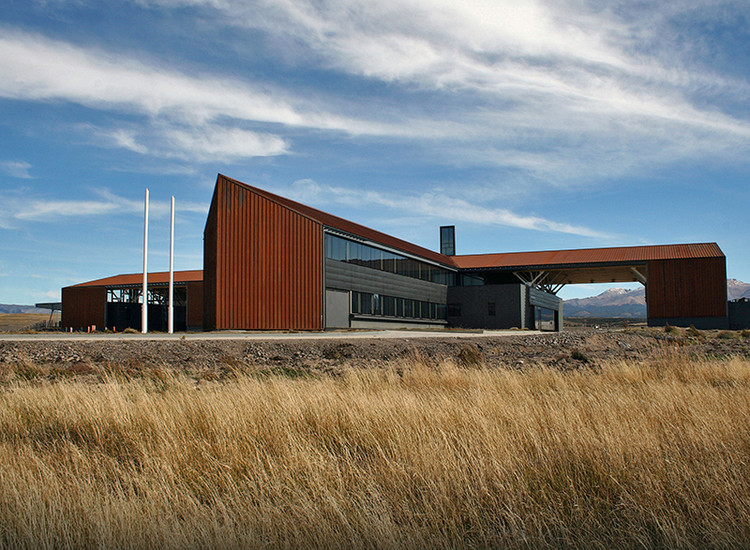 Text description provided by the architects. Located in Balmaceda, Chile, and just steps from the border with Argentina, the Huemules Complex constitutes a threshold of connection between Chile and trans-Andean territory. In the building converge all the public organisms, of both frontier countries, destined to control the migrant flow of people and vehicles that cross the border. Emplaced in a wide and uninhabited terrain of the Andean Patagonia steppe, the climate, and geography condition the architecture.

The constant south-west wind, which hits with gusts over 100 k / h, combines with subzero temperatures and snow during the winter, forming an uninhabited territory, where geography and landscape are the real protagonists. In this context, a volumetry is proposed that contrasts with the landscape, using a simple and unpretentious geometry: geography is the truly relevant and the building an event on the road.

The project consists of two bodies that intersect in a cross and contain programs of an opposite nature. A wider permeable volume and bay contains public areas of vehicular arrest. The opposite volume, of two levels, contains areas of restricted access, such as offices, access control modules, expansion areas and rooms for Chilean and Argentinean personnel.

The configuration of the building responds to a complex system of relations between enclosures with different levels of security. Its symmetrical nature divides into equal parts exclusive zones for the personnel of Chile and Argentina, whose services converge in the meeting of the volumes, where the passenger control areas that enter and leave the country are deployed. 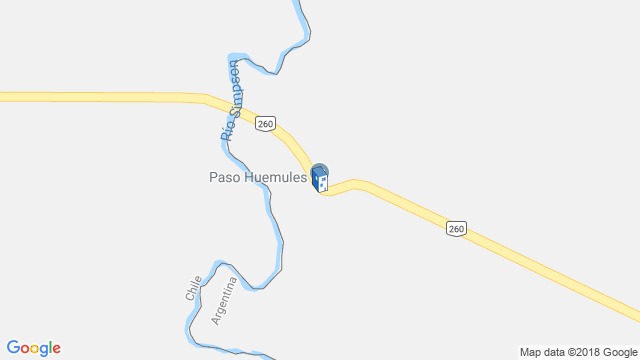