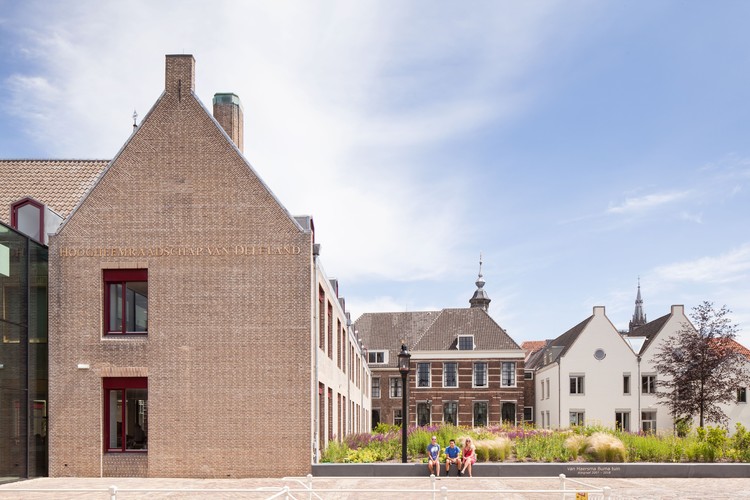 Text description provided by the architects. The Delfland Water Authority is located in a historical building on the Oude Delft: the Gemeenlandshuis. The monumental part was built in 1505 as a house for Jan de Huyter. The sandstone facade was unique for that time and it was one of the few buildings to survive the 1536 city fire. More than 100 years later, the house came into the hands of the Delfland Water Authority.

A new housing
Over time the Water Authority expanded to include several adjacent monumental buildings, and in 1975 a new building on the Phoenixstraat was added. In 2014, the Water Authority decided to revise its housing strategy. The most important task was to make what was once a fragmentary complex into a cohesive whole. The ambition was to transform it into a pleasant, flexible working environment that reflects both the requirements of modern time and the identity of the Water Authority while maintaining the special characteristics of the monumental elements.

Connectivity
Mecanoo chose the theme 'View of Delft' as the starting point for the design. First, all parts of the building were analyzed: what are the striking qualities and what are the defects? By making openings at strategic locations, a clear route has been created. The route links special interior objects and see-through in the building, but also connects the inside and the outside with views to the characteristic turret, the surrounding monumental buildings, the Old Church, and the courtyard. This helps visitors to orient themselves. Along part of the route, an exhibition was arranged in the form of an 'honorary gallery' with objects and gifts received by the Water Authority during the hundreds of years of its existence.

Encounters
The historic rooms have been restored and the technical installations have been (unnoticeably) renewed. Where building parts adjoin each other, a clear node has been created. Elements from different periods create beautiful contrasts. This is clearly visible at the new glass entrance where a glass front has been placed in front of the original facade, creating a covered patio. The windows in the old facade have been replaced by open wooden frames. An oak walkway crosses the entrance area and forms the connection between two building parts. The striking round reception desk features the Delfland Water Authority logo.

Water maps
The graphics on the glass walls of the conference center were designed by Silo and inspired by the enormous wealth of antique water maps belonging to the Water Authority. In cooperation with the Textielmuseum Tilburg, Silo also designed a tapestry, made of millions of water droplets. It is the eye-catcher of the central hall.

Meeting garden
The parking lot at Phoenixstraat has been transformed into an attractive square that leads to the entrance. The existing yellow pavers are laid in the original pattern, from which the round wind rose emerges beautifully. Behind the square is a meeting garden where something is to be experienced during all seasons. The garden also serves as a water buffer. Vegetation is planted in a playful geometric pattern, intersected by walking paths. Here and there, private squares have been created where one can sit in the green. Where once was a busy loading and unloading area, now lays a welcoming oasis of peace. 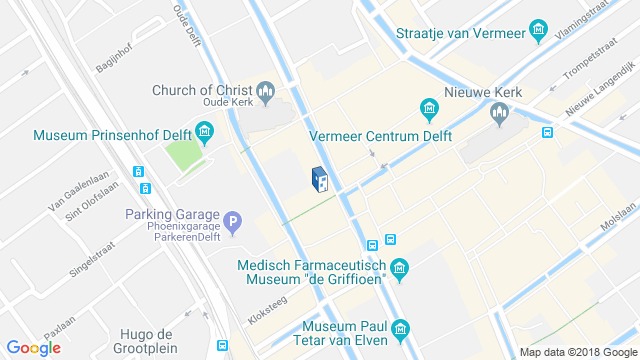