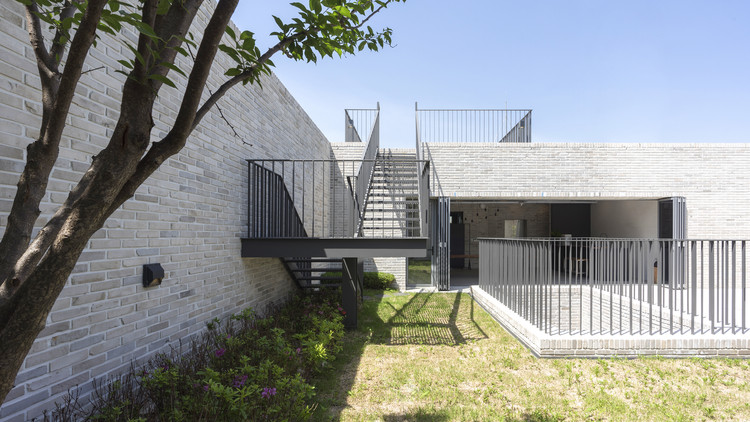 Text description provided by the architects. One of the crucial design challenges for the new headquarters of Vixen Studios, located in the Gangnam district of Seoul, was to convey and represent Vixen Studios’ vision and philosophies.  Vixen studios has been growing as an internationally renowned advertising company, since its founding in 1988, by providing efficient and creative marketing insights. Accordingly, the owner wanted a new office space that would inspire creativity and maximize employee productivity.  Based on the owner’s need analysis, we came up with a very simple solution to accommodate multi-purpose activities, while achieving a high degree of building efficiency. We have chosen a simple box form and a used white-brick and the main material to clad the entire building - a form and a material that bring out a sense of ‘timelessness’.

In most cases of buildings in the back streets of Gangnam, Seoul are terraced or tapered to comply with local zoning codes such as daylight plane restrictions; unlike such common design gestures, Vixen’s monolithic brick building is placed far from the street for its design intention.  The principles of simplicity and efficiency also manifest in the organization of space. An array of service spaces, including staircases, elevator core and restrooms, occupies the same location on each floor. Other than that, open and closed workspaces are planned with consideration for security and types of work.   Specifically, the office space on the second and third floors accommodates presentations and meetings with clients. Going upwards, the workspaces become more private.

Within such a simple and rigorous architectural plan, voids of different sizes create unique patterns on the brick facades as well as spatial depth within the building.  The connected void space from the fourth floor to the roof plays a critical role in bringing sunlight and fresh air into the interior spaces. This empty space provides not only vertical connectivity but also open space for employees to intermingle. In addition, the deeply recessed windows create a different type of void that emphasizes the visual contrast between glass and brick. 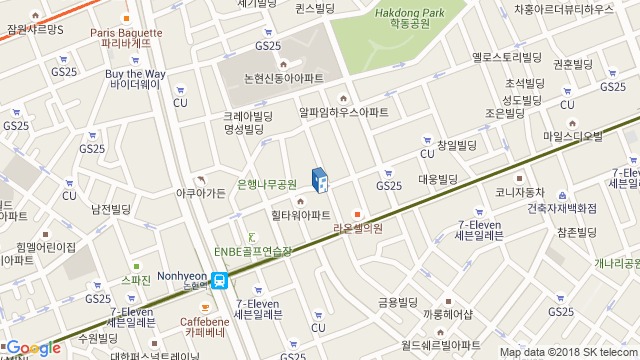