Save
Barangaroo House / Collins and Turner 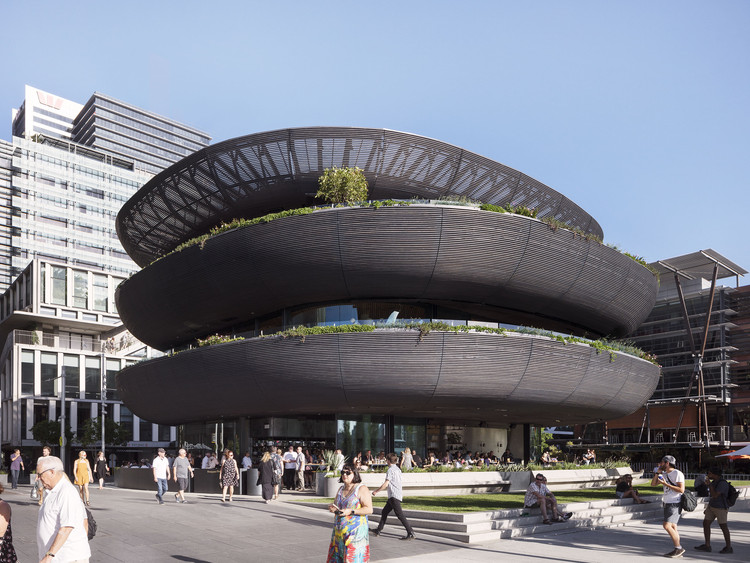 Text description provided by the architects. Positioned at the southwest extent of the Barangaroo South precinct, Barangaroo House is the outcome of design excellence competition organised by Lendlease and the Barangaroo Delivery Authority.

The overarching design strategy was borne of two crucial responses to site and brief: the urban response of a building ‘in-the-round’, and the holistic integration of planting; both edible and ornamental.

The curved plan form creates a free-flowing space around the building, encouraging and welcoming movement, while effectively stretching the waterside terraces around the northern and southern faces of the building.

A steam-bent charred timber façade gently curves in 3 dimensions, concealing a continuous ring of edible plants and generating a strong visual identity for the building, while the perimeter balconies cantilever the dining spaces outward, resulting in a uniquely outdoor atmosphere on each level.

From early design investigations, we sought to propose a building which spoke of the nature of the program, as well as the uniqueness of the site, while resetting the limits of how a hospitality venue can act.

The ambition of the project is the creation of a welcoming, timeless, convivial structure, that over time becomes a much loved part of the city.

Due to its ambitious brief, and bold formal outcome, Barangaroo House drove innovation and testing at every scale - from the urban response to detail resolution, and material selection.

The key urban design agenda of a ‘building in the round’ dictated the curvilinear form, which projects curved perimeter balconies outward in each direction. Structural cantilevers up to 8.5m permit a uniquely outdoor atmosphere to a series of dining spaces on each level of the multi-tiered building.

The structural cantilevers required a complex and innovative concrete waffle slab design, with several layers of post-tensioning, interwoven much like a cable-knit jumper, to allow two-dimensional spans, distributing load back to the raking structural columns, and permitting a free open floor plan for future flexibility.

Innovation in detailing was driven by the vision for a steam-bent charred timber facade, which would reference the primeval act of cooking, while generating a strong visual identity for the building, and aesthetically support the urban strategy of a ‘building in the round’. Prototypes were prepared to refine the concealed dowel fixings, steam bending methodology, and openable windbreaks.

We think of Barangaroo House as being the result of an iterative series of examinations and prototypes, ultimately offering a highly unique response to the challenging requirements of its brief and design intent. 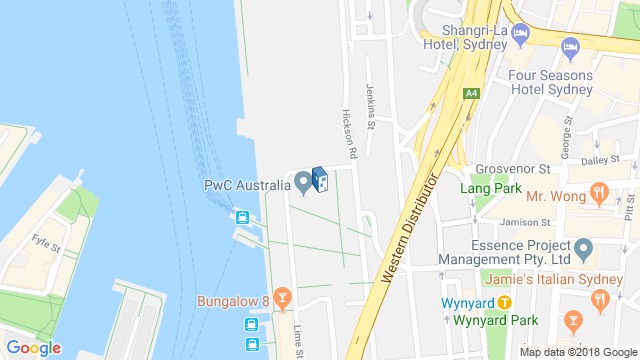 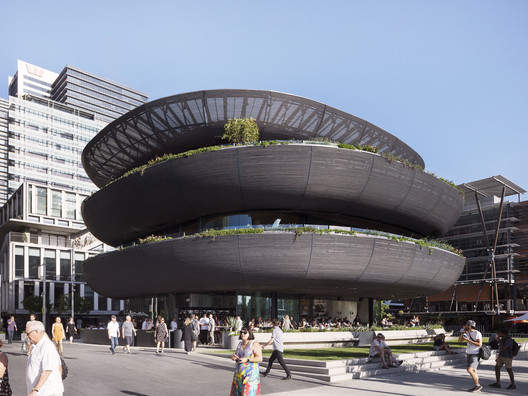