Save
House in Sátão / Jorge Mealha 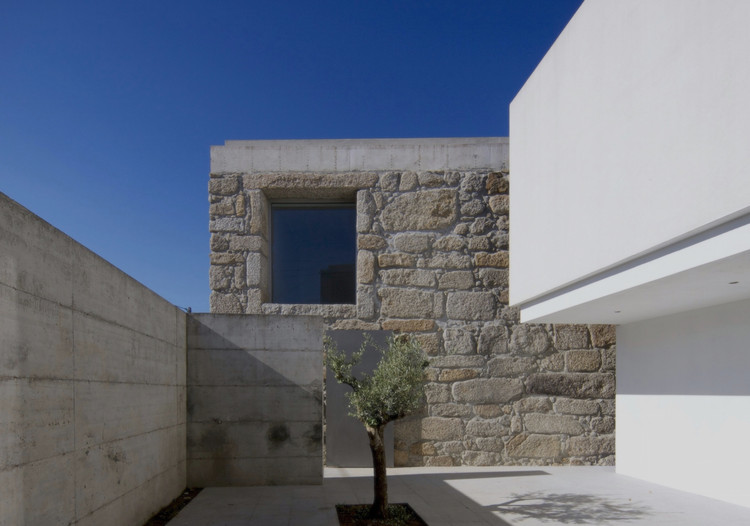 Text description provided by the architects. The project of the house of the Sátão aimed the recovering and expanding of an existing house where at the time of its beginning the mother of the client still lived. It was a beautiful stone-built house built by his father who carefully selected the material to be assembled. The house had the peculiarity of owning a water well in its interior and the client made a point concerning its maintaining. The vicissitudes of a troubled building process as had as a main consequence the collapse of the original house in stone.

The stubbornness of the architect, based on the conviction that these stones belonged to that specific site, leads to a new project reusing all the stones of the original house and maintaining the position of its main original body. Just like the water well inside. The project maintained the original premise of replicating a preexisting logic by organizing the program around an outside entrance patio.

The project maintains the original premise of replicating preexisting logic by organizing the program around an outside entrance patio. On the ground floor, a concrete zigzag strap circumvents the new stone body, groups the set of social spaces of the house that form a set the compartments around the courtyard. In the upper floor, the set of intimate spaces follows the same logic. The various spaces are articulated on both floors through a long corridor. 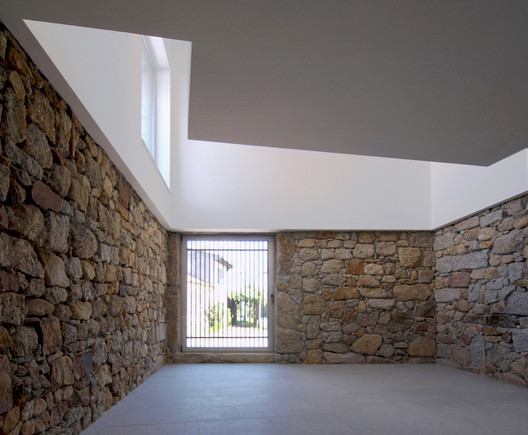