Save
Apparel B / void design office 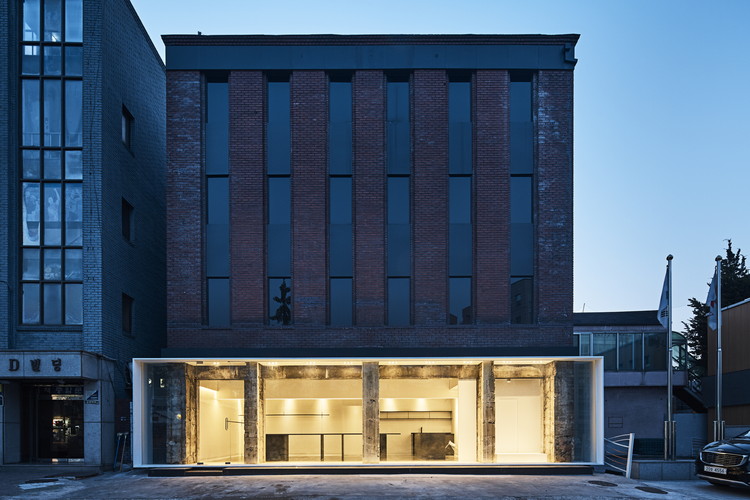 'Regenerated Construction' means to change existing building into new and attractive space without damaging its own identity. 'Tate Modern' of London, England changed from thermal power plant to modern museum with maintaining its original form, and 'High Line park' of New York, America regenerated as a park from elevated railroad, are the representative examples of 'Regenerated Construction'. In Korea, there are 'Cafe Daerimchango' being used as cafe and cultural space renovated from old rice mill and warehouse, and Culture Station Seoul 284 transformed from the former Seoul Station to new multiple cultural space. Recently, multipurpose spaces starting from 'Regenerated Construction' are increasing constantly An old four-storied building built over 40 years ago became new company building of Apparel B, a company to produce, distribute and sell men's wears. It was in the state of total neglect from the basement to the fourth floor without being used as anything except the first floor used as store for cars.

Designer didn't think to remove all the shabby traces of the building, but strived to keep the smell of time permeated deeply in the building as much as possible. The designer judged that it would coincide with Apparel B's ambitious identity and career which has worked its way up from the province with various experiences. However, he had to take pains in order to show the company's enterprising vision, while keeping the atmosphere completely created by the traces of time m layers.

He added young and refined design elements suitable for it here and there. Showroom on the first floor seen from the outside through whole glass window is a space where the designer's efforts for such harmony were condensed. This space is motivated by 'Nighthawks' by Edward Hopper, a painter who had drawn solitary life and desire of the American urban dwellers. Sensitivity of Edward Hoppers paintings seems to be connected with the present time as if they were the artworks of these days. It was proved by a phenomenon that an advertisement of a Korean leading large enterprise inspired by Edward Hoppers painting won the sensational popularity. Five pillars which keep the antique taste while they have endured for 40 years, emit powerful force to dominate the interior space of the showroom in themselves.

The designer refined them harmoniously using matter properties of glass and frame, while responding to them with another force by placing furnitures made of steel plate and composing masses with speedy feeling. It is resulted from the wise consideration about harmonious beat and balance of the space. Adding to this, a long table placed in the middle also becomes a symbol of expression to pursue free and unreserved communication among employees regardless of rank and position. Wide-open conference room, workplace opened without partitions, and storage area occupying almost entire wall for keeping all kinds of design books, are resulted from the consideration for the company's vision to grow up.

through the active communication and the development of professional design abilities. One more part showing remarkable harmony is just CEO's room placed as a separate space while making way for a visible human traffic line by reflecting the required minimum authority and the separate work patterns. 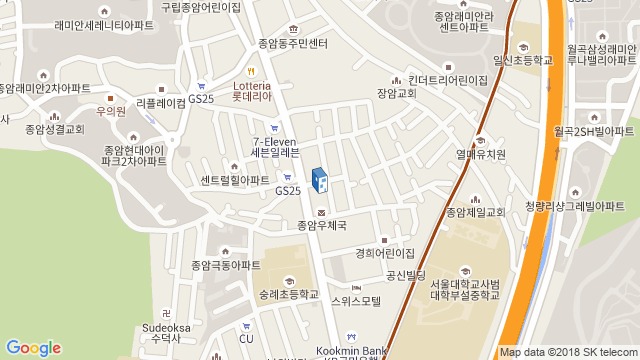