The distillery is located amongst terraced valleys of Lishui, Zhejiang Province. Surrounded by bamboo forests and fruit yards, a pair of springs come together, forming a village called Guoshandian. It is the terraces beside the only existing house where the distillery is hidden. Following the only way to village, one has to pass by the bamboo forest, as the sound of waterfall arises, the distillery appears. The unfolding frameworks and the turning volumes reads inviting and fairly urban, as it turns eastwards, it merges into the mountain, becoming extended parts of the terraces. A small piece of plaza is carefully planned between distillery, courtyard and grape fields, where the driving way ends, while the mountain path, the courtyard steps and the field treads join in and stretch out together.

A semi-exterior circular space is designed for fruit preparation and liquor distillation. It is right connected to the visitor entry, leaving a flexible porch perfect for production under rainy or hot weather conditions. The fermentation and cellar space are arranged indoors, where terraced ceilings are designed to adapt to the mountain heights, leaving controlled natural light in. This results in three floor heights, production and packaging area is arranged next to the gate while a wine-tasting bar is set up on the top. Daylight changes all the time in seasons, creating multi-sensory atmosphere as it renders the space when introduced from high windows.

With limited budget, restrained job site and transportation condition, self-mixed concrete is proposed for the main structure and the retaining wall. The fair-faced concrete frame outlines the structure at each height difference, and rest of the facade, covered in masonry, turns and eventually merges into the mountain. All the stones are reclaimed from local Jinyun stone, that are recut and masoned by local stonemasons. Covered with soil and plants, the distillery managed to disappear in no time.

Minimum material and least design interventions are adapted to react to the reality of rural construction appropriately. The interior wall surface, for example, retains the original cast-in-place fair-faced concrete after a few on-site mockup tested for concrete refinement. It is intended to avoid deliberately urbanization and meticulous surface treatment. On the other hand, for the daily-used architectural components it wants to be precise and handy. The gate is laminated with carbonized wood, which not only would survive the humid environment but also balances the rough and cold feeling of the concrete with its the soft texture and warm tone. The apple-shaped section of the wood handrails enables easier gripping for users to push or pull from either side.

The “Two-Three House”distillery is not an “ambitious” piece of architecture, rather it prefers to be part of the valley. It grows from terraces, inherits the rhythm, forms an intertextual relationship with the context. However, it does stand out in terms of the social value, becoming a social centre for gathering and community activities, apart from its main role as a production venue. 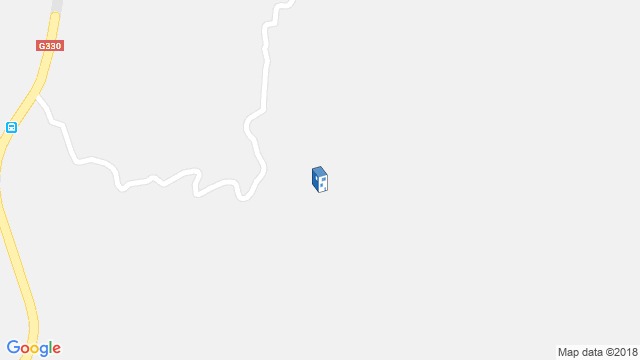 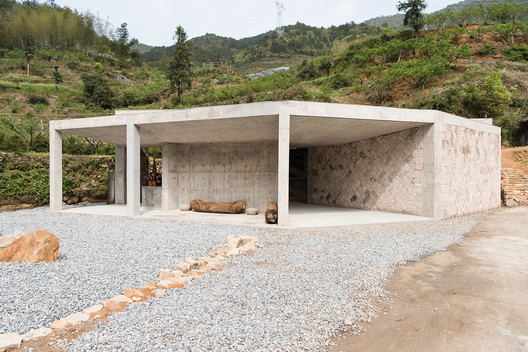