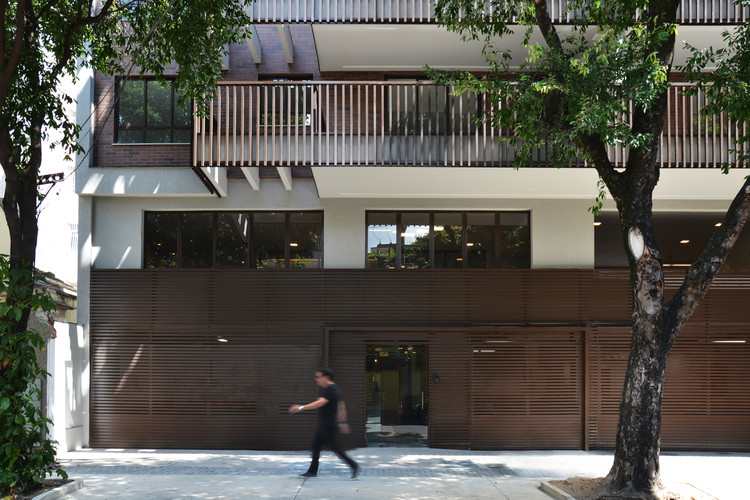 Text description provided by the architects. Balance, symmetry, and stability are the desired effects for Carmela Dutra’s facade. The choice for materials such as concrete and litoceramics generates a sense of sobriety to the building, essential to create a remarkable facade, without excessive colors or forms. Carefully detailed design for all facades, not just the front one, enhances consistent and coherent aesthetic without promoting hierarchical differences between front and back.

Balance is created by the composition of horizontal and vertical elements of the building, mainly by horizontally positioned basement’s aluminum slats, also used on the balconies of the apartments in a vertical position. Whilst horizontal lines on the base connect with the street and its orientation follows the flow of pedestrians, the vertical elements of the balconies break the monotony and create a long-lined rhythm on the facade.

In addition to the aluminum slats as the rhythmic structure of the facade, a kind of frame made of concrete beams highlights the body of the building from the balconies that culminate in a crowning on the rooftop, where around pillar is a reference to the Brazilian modernist architecture.

Despite the exterior colors being more sober and darker, the interiors gain coziness with wooden finishes and lighter tones. In some spaces surprising colors, such as yellow used in the stairwell and bright blue in the pool and sauna area highlight common areas of the building. In which, Cité pursued the balance between design, well-being, and comfort through combining colors, textures, and patterns.

The project’s longevity is possible because using appropriate materials, carefully detailed and placed in the correct locations, such as skirting boards and the finishes of the façade, creates a low-maintenance architecture over time. Carmela Dutra has a total of 15 apartments ranging from 65 to 85 m2, with 2 and 3 bedrooms and 12m2 balconies. Cité developed the façade design and the building’s visual communication design, including its logo. 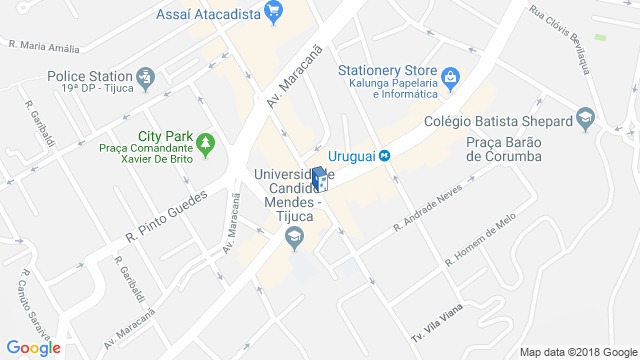