Save
11 Kanye West Albums Reimagined as Architecture
Share
Or
Copy 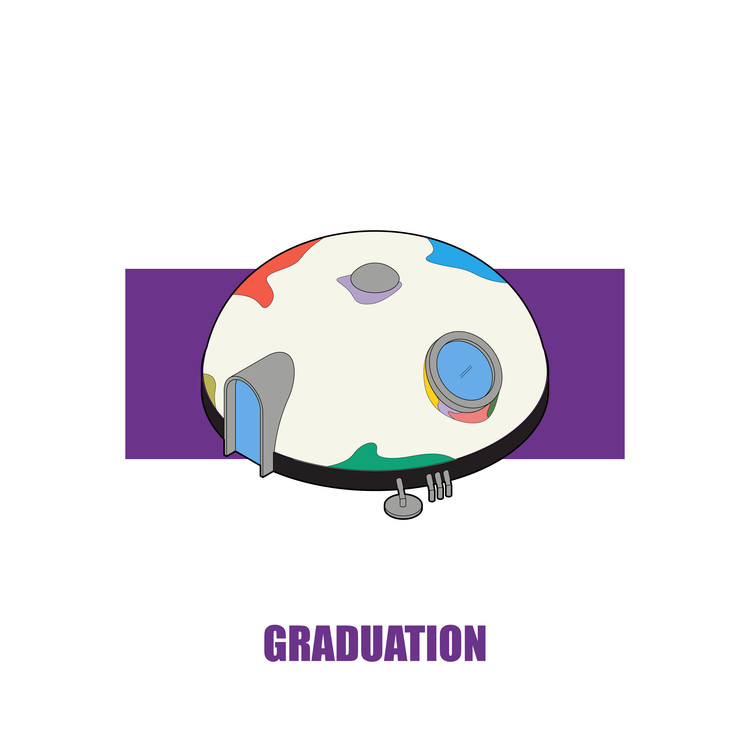 For the 11 illustrations, Amaory takes “the musical and aesthetic diversity of Kanye West’s hip-hop albums” as his inspiration, with each home telling a unique story about “marrying beauty and low-income housing.”

“Kanye has proven both his serious work ethic and passion with every creative endeavor, so I am excited to see what Yeezy Home will bring not only to architecture but also to the discussion of low-income housing,” said Amaory.

The album illustrations are laid out below in chronological order, reflecting Amaory’s chronological crafting of the collection to track the sonic shifts in West’s career.

The minimalist sound palette of West’s “808’s & Heartbreak” album deals with themes of loss and alienated fame, translating into a home with cold concrete facades. Meanwhile, colored windows reflect the complex emotions portrayed through the album.

West’s fifth album “My Beautiful Dark Twisted Fantasy” dealt with themes of excess and consumer culture, at a time when the artist exiled himself to Hawaii. Amaory’s response is a gothic-style home symbolizing opulence and seclusion, depicted as a castle in the sky to symbolize isolation and retreat.

Similar to “Graduation,” the house for “Watch the Throne” draws inspiration from album artwork, designed in this instance by Ricardo Tishci. Laced with intricate, patterned gold to reflect the illustrious career of West and album collaborator Jay-Z, the cover is translated by Amaory into a house with black stone clad walls overshadowed by a patterned golden rain screen.

Amaory’s home for “Cruel Summer” draws inspiration from the album cover by Virgil Abloh and Joe Perez. The contemporary summer villa contains a large motif of a woman on the exterior, referencing the album’s summer-in-paradise-style statuesque woman surrounded by foliage.

West’s album “Yeezus” is defined by its clear cover with a single red strip on the side, inspired by the design philosophy of Braun designer Dieter Rams. Similarly, Amaory’s home adopts a simple, minimalist agenda with a glass cube and red entrance.

The Life of Pablo

“The Life of Pablo” is renowned for demonstrating West’s ability to take samples and use them as the building blocks for emphasizing a statement, or introducing a chorus. In reference to this, Amaory’s home uses the typology of a shipping container as the building block to create a more complex geometry.

West’s “Ye” album was written in as little as two weeks at his ranch in Wyoming, following controversy surrounding the artist’s political views. In response to the album, one of West’s most self-analyzing and tumultuous, Amaory created a secluded cabin with the Teton Range as a backdrop.

The final album in Amaory’s series “Kids See Ghosts” dealt with psychedelic and dramatic themes, depicted in an album cover once again designed by Japanese artist Takashi Murakami. In response, Amaroy has created a Japanese courtyard home, featuring bent trees as a centerpiece.

Other creative works by Amaory B. Portorreal can be found on his website here.