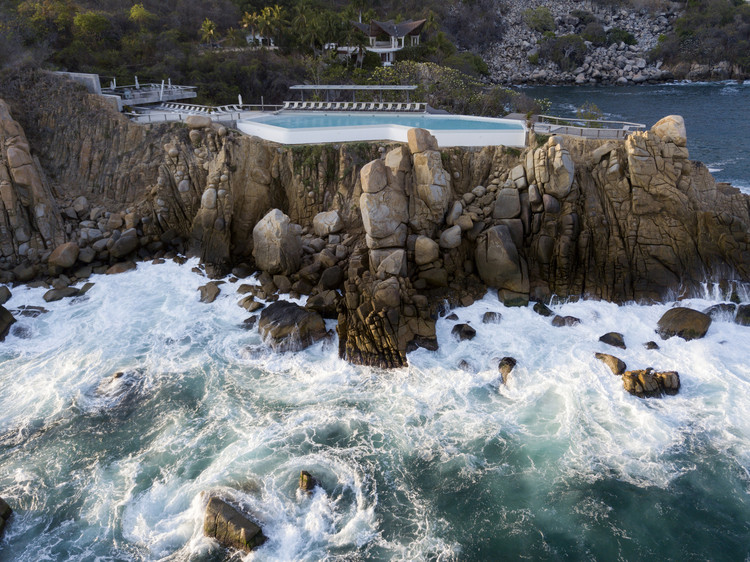 Text description provided by the architects. Acapulco is one of the first’s ports and shipyard during the colonial era, form where naval expeditions departed to new territories like the Philippines, Baja California or Peru. With this historical background and its nearness to Mexico City, Acapulco became one of the tourist world meccas during the second half of the XX century.

Two bays structures the seafront to the Pacific Ocean, Acapulco Bay and Puerto Marqués, in memory of the Valley Marquis, the conqueror Hernán Cortés.

The building is located in the convergence of both bays, a cape called Punta Marqués.

The cape provides two frontages, one heading the Pacific Ocean and the other side the bay which access the sea just like an ancient fortification. The new building becomes an Open Balouart.

The gross built area is 2800 square meters distributed in three general areas, the restaurant and bar building, the pool terrace area with the sea deck on the lowest level, and the service areas.

The multiple platform distributes the activities with different spatial characteristics; on the access level the juice bar and lounge with a decked terrace, on the first level the dinner restaurant and a roof terrace; on the second level the main terrace bar with swimming pool. The color of the concrete is similar to the natural stone, and the juxtaposed materials are part of the commitment with the natural setting.

Derived from its location a lighting strategy was addressed to avoid the disturbance of the local ecosystem.
Acapulco like other ports around the Guerrero state have suffered a bad moment derived from the violence in the area, however the project pretends to counter balance this situation. The project brief stablishes two basic guidelines, the revival of an iconic location within the environmental regulations on the site. 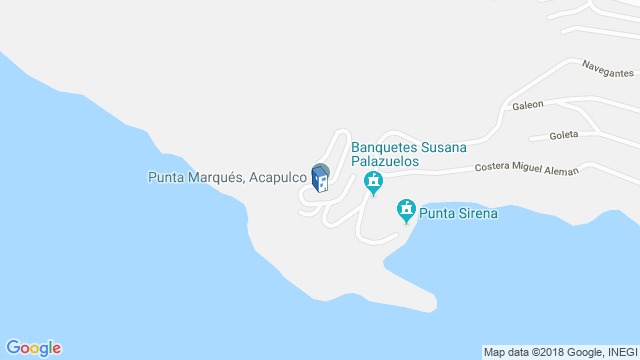 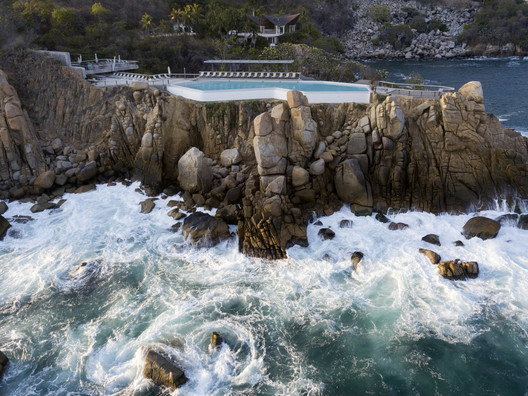