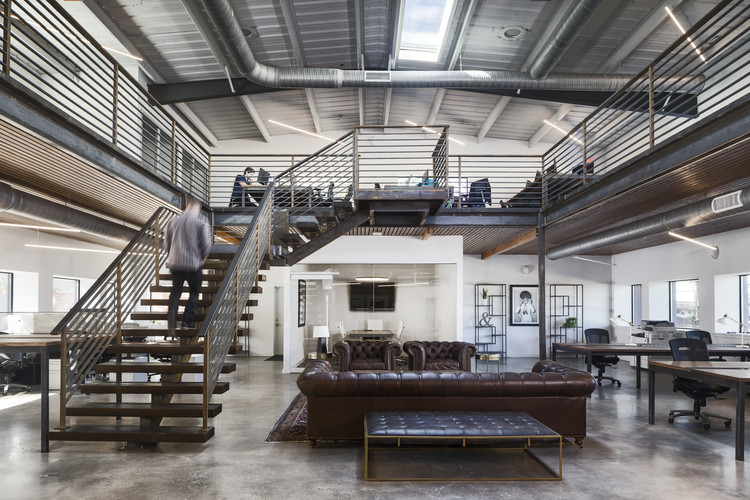 Text description provided by the architects. This project was an adaptive reuse of an existing abandoned metal warehouse. The intent was to reuse the original footprint and volume of the building while filling the interior with a creative shared office space. This included a bar, lounge, showers, yoga area, private large meeting rooms, individual phone booth meeting spaces, and of course, an open floor plan with desks for larger groups.

The building was spatially planned into three quadrants, which worked well for varying sizes of workgroups with social activity and mingling at its core. One side of the building was designed for more intimate corporate affairs and includes formal meeting rooms, smaller workspaces for group specific tasks and phone booth pods. The opposite side of the building is designed as an open floor plan with a mezzanine above that was created to have computer stations along its edge for individual moments, as well as meeting rooms and phone booths for a more private setting.

The center of the building was programmed as a large bar/cafe for social gatherings and networking. There are also large restrooms with showers to keep up with the long work sessions groups might be involved in. The landscape around the building was designed to create different seating moments so that everyone had an opportunity to work or congregate, outside when needed.

The envelope was designed under the “Passive House” standards and created an energy efficient layered assembly that goes well beyond industry standards. We achieved a sustainably tight envelope with minimal off-gassing and VOC’s so that our interior environment would remain healthy for years to come. 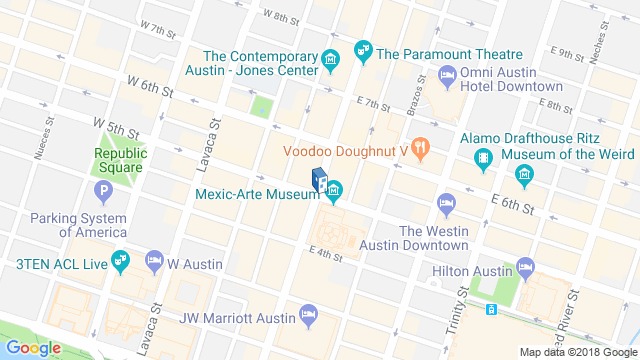