Save
The Aga Khan Museum / Maki and Associates 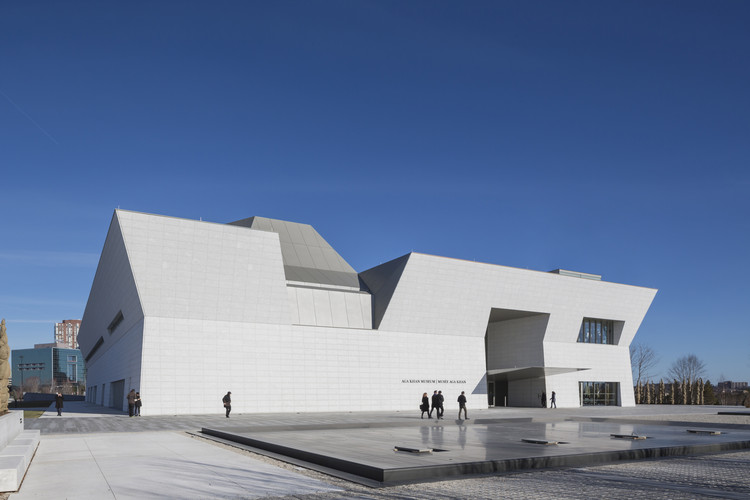 Text description provided by the architects. The Aga Khan Museum is one of two buildings developed in a 6.8 hectare (16.8 acre) site together with the Ismaili Centre designed by Charles Correa and Formal Gardens by Vladimir Djurovic. The buildings are perched upon a small hillock that is visually prominent at the intersection of the Don Valley Parkway and Eglinton Avenue, two significant heavily travelled arteries north of downtown Toronto. From the site itself, panoramic distant views of the Toronto skyline unfold.

Maki and Associates carried out the Master Plan for the entire site organizing two buildings around a Formal Garden, 100 meter wide, inspired by a contemporary interpretation of the Islamic courtyard – the Charbaag. The Garden, an urban oasis, is positioned at the center of an irregular undulating site while creating an informal landscaped park around the periphery. The Ismaili Centre, a religious, social and spiritual building for the Ismaili Community is oriented toward Mecca. The Museum, a cultural civic facility open to the general public establishes a strong dialogue with the Ismaili Centre on a central axis across the Formal Gardens. The two buildings, sacred and secular, are unified through the gardens and landscape aimed at achieving a sense of harmony in a park setting throughout the entire site.

The Aga Khan Museum, the first museum in North America devoted to Islamic art and culture is an initiative of His Highness the Aga Khan, the 49th hereditary Imam of the Ismaili Muslims. The project seeks to foster knowledge and understanding both within Muslim societies and between these societies and other cultures around the world. Dedicated to presenting an overview of the artistic, intellectual and scientific contributions that Islamic civilizations have made to world heritage, the Museum is home to galleries, exhibition spaces, classrooms, a reference library, auditorium and restaurant. It houses a permanent collection of over 1,000 objects including rare masterpieces of broad range of artistic styles and materials representing more than ten centuries of human history and geographic area.

The design of the Museum is inspired by a vision statement of “Light” by His Highness the Aga Khan. The notion of “Light” has been an inspiration for numerous human faiths and decades of history are referred to as the enlightenment. The Aga Khan had hoped that the building and the spaces around it will be seen as a celebration of light and the mysteries of light that nature and the human soul illustrate at every moment of our lives. The concept is particularly validated in Islamic texts and sciences
The rectilinear building is oriented forty-five degrees to solar north where all its sides are exposed to the sun. The form has been chiseled to create a concaved angular profile that is also a natural expression of the two level building. Clad in sandblasted white Brazilian granite, the surfaces of the building are set in motion in a constant interplay with the sun in light and deep shadows. The effect is similar to a sun dial.

Within the building, a fully glazed courtyard encircled by a layer of free flowing public space in the form of a grand cloister establishes the hub of the Museum. The galleries, exhibition spaces, classrooms, library, auditorium foyer and restaurant / shop, are all equally, non-hierarchically, accessible from the hub. This central public space paired with the courtyard is non-proscriptive enabling a wide range of activities to unfold such as performances, installations, public gathering and receptions.

The courtyard is intended as a permanent peaceful sanctuary creating its own internal world secluded from the outside environment. Its glass walls are imprinted with a double layered pattern in line and void to create a three dimensional effect recalling the traditional Islamic Jali screens. The light from the courtyard constantly cast moving patterned shadows on the soffits, walls and floor of the grand cloister animating the interior spaces. Up above on the second level, four large openings overlook the public spaces through a cast zinc screen in the form of a contemporary Musharabiya, an Islamic bay window. Within the galleries, large aluminum paneled skylights perforated with small hexagonal openings emit soft natural light into the exhibition areas.

The Museum will live on to represent the living traditions of Muslim societies and to learn about the artistic and cultural practices across Islam and its civilizations, past and present. The Buildings, the Gardens and Park, reflect the Aga Khan’s long standing relationship with Canada and his appreciation for the country’s commitment to pluralism and cultural diversity. 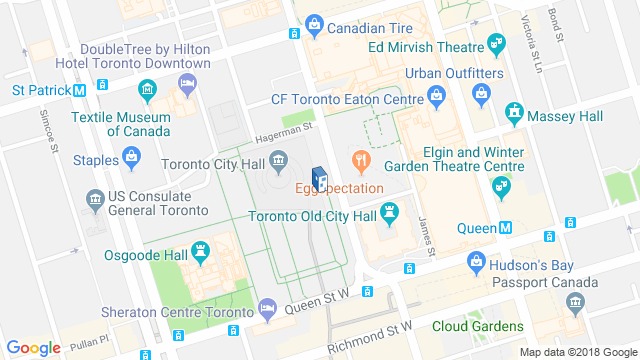 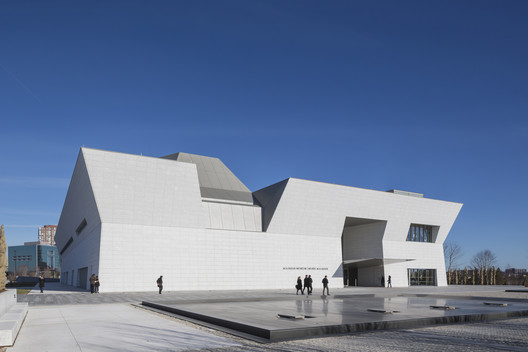