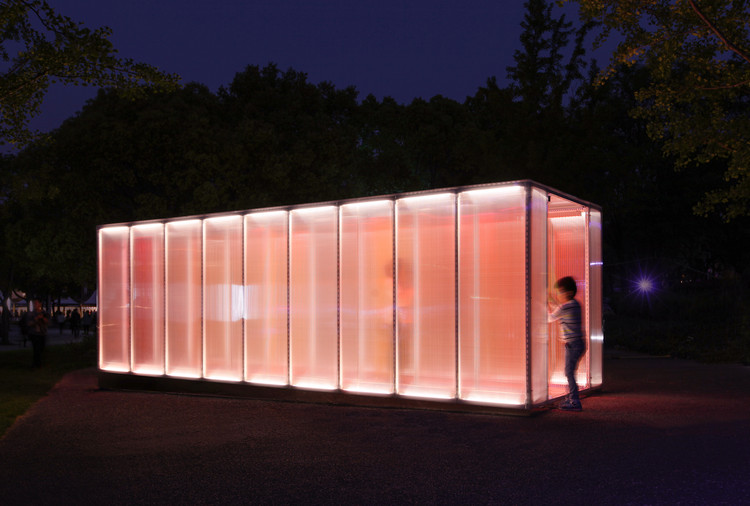 Text description provided by the architects. Created by architect Li Hao and artist Zhu Jianfei, Uncertain Memory is an ephemeral architecture that was put on display in B.I.G. Carnival (Banana IP Galaxy Carnival).

It was set up on the former grounds of Expo 2010—the Shanghai Expo Park. Because the team only had seven days to get the structure ready, and because it was to be taken apart and shipped to its next stop in a display tour, architects adopted a steel framework that is widely used to hang pipework. To assemble the steelwork, one simply needs to join pre-made structural steel components with screws. And it could be dismantled in no time after the carnival.

When designing the project, the architects tried to explore something emotional in a regular, normal rectangular box. It relied on, among others, light-filament interaction to disrupt the unvaried space of the Park and attract more people to linger at and explore the small square where the ephemeral architecture stood.

During daytime, the polycarbonate sheets that formed the surface stressed their presence by throwing back dazzling sunlight, alluring visitors to look no further than on the walls. The sheets became something to be looked at rather than looked through. The filaments used inside, measuring over 12 km in total, would waver in the wind and shimmered in the sun with four evolving colors. Having been properly spaced, they appeared to constitute a translucent curtain that filtered rays of light, stopping one from immediately seeing the inside.

The structure’s elevations were made up of two polycarbonate sheets put together, with one rotated by 90-degree. They softened sunlight at different times of the day, adding to a checkered pattern of light and shade. Steel components graced the installation’s inner space with completely straight lines. Two more layers of twin sheets were erected inside the installation, away from the external walls. These inner layers and the walls formed a two-tiered mechanism that lost the uniform clearness of polycarbonate sheet, but still preserved a shred of the material’s transparent quality.

At night, an interactive light control program written by artist Zhu Jianfei changed the lighting on filaments and allowed them to appear in various colors as people walked through this ephemeral architecture. These changes, though subtle, created a rich visual and physical experience. Within the structure, lamplight reflected by the two-tiered system over and over staged a surreal drama of color. The sheets captured light and activities from inside and out, hinting yet blurring the relation of images.

Now that the use of digital technology and elaborate processes are increasing the norm in construction, even large scale urban buildings are often constructed by directly copying a standard approach. However, once it becomes commonplace, any poetic form of technology may gradually lose its ability to construct any meaning. With Indefinite Memory, the architects hope to, by employing some of the basic building tools and materials, challenge the ubiquitous, excessive reliance on technology.

Over 60,000 people visited Uncertain Memory while it was on display, making it one of the most interesting places to take a photo. 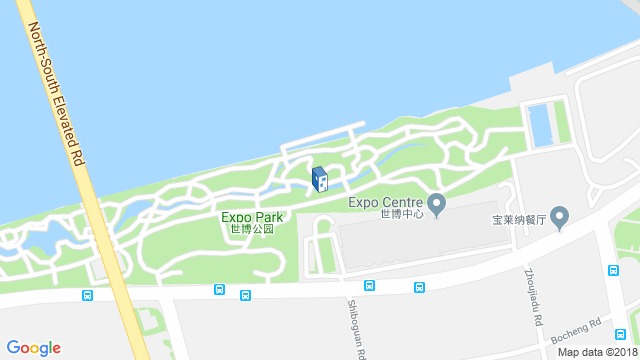 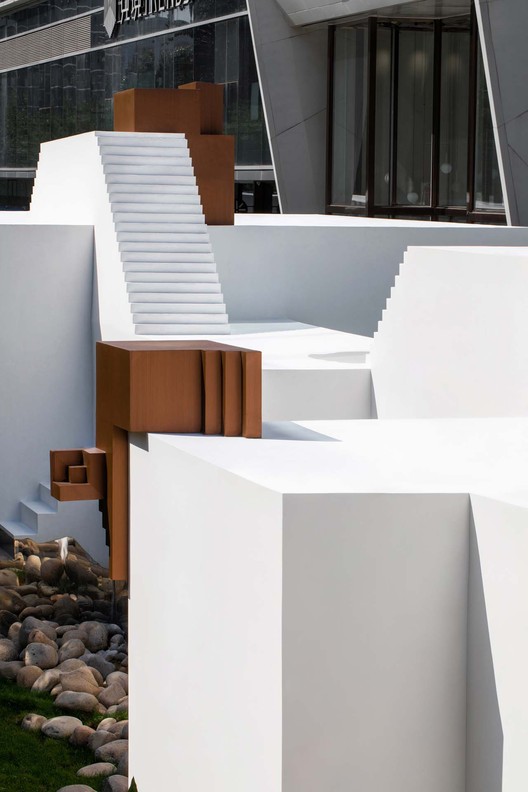 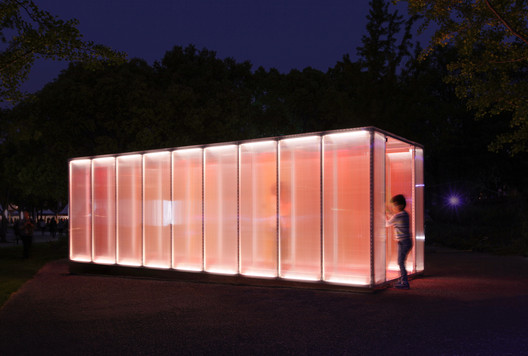