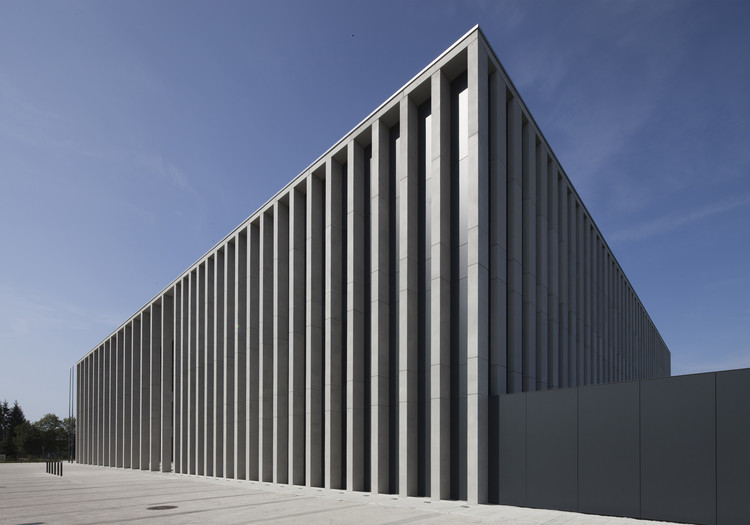 Text description provided by the architects. Regional Court building complex in Siedlce is the result of the architectural competition announced by the District Court in Siedlce and won by HRA Architects (Hermanowicz Rewski Architects) in 2011. As the winner of the architectural competition, acting as the lead designer, our architectural practice developed a multi-discipline design documentation within all design stages (including schematic design, building permit design and execution design), obtained the building permit on behalf of the Investor and supervised construction works, in terms of author’s supervision, until the building occupancy permit in 2016/2017.

The Regional Court building complex is situated on a large, rectangular plot, within the area of Nowe Siedlce, at 31A Kazimierzowska Street. The original level of the plot was elevated by approximately 1m, due to a high level of the groundwater table. The platform obtained, meeting the level of the adjacent streets, serves as a basis for the new representative building. Three-story high Regional Court main building was designed as a single block with facades defined by a vertical rhythm of repeating columns turning smoothly into horizontal divisions of the front square dedicated to a public parking lot. Main entrance area was designed as a high corner porch leading to the main entrance. Within the block, two internal courtyards, accessible from the employees' parking lot at the back of the main building, were provided.

A functional arrangement of the Regional Court main building corresponds with a security division into zones with varying access levels. Rooms dedicated to public use, such as courtrooms, reading rooms, land registers were designed as accessible from the open, three-story high main lobby, is also the main circulation space. Office and administrative rooms, covered by an access control system, were designed as connected with the main lobby but primarily accessible from an employees’ area, situated at the back of the main building.

The main objective of the design was to create a monumental building which could become easily associated with judiciary power and at the same time which would remain people friendly. Our goal was to design a piece of architecture which would refer to the stability of the law and at the same time which would provide full transparency of all court procedures. The use of architectural concrete was one of the most important design decisions. During design works architectural concrete elements were divided into internal ones - cast in situ and external ones - precast at the production facility. The developed design solution enabled efficient execution of the main structure of the building as well as ensured optimum quality of façade and road elements. Specific features of the two adopted technologies allowed to differentiate visually interior from exterior, linked by the same material use. The final effect is the outcome of close cooperation between two technology suppliers. 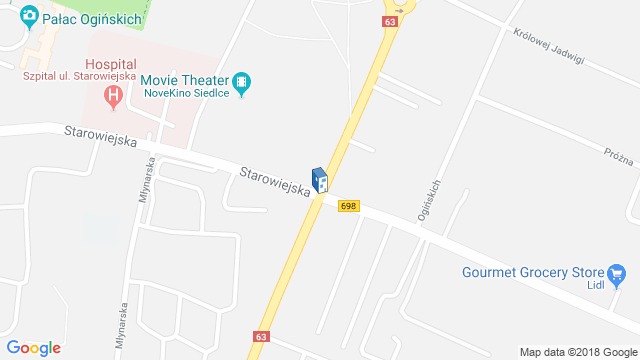 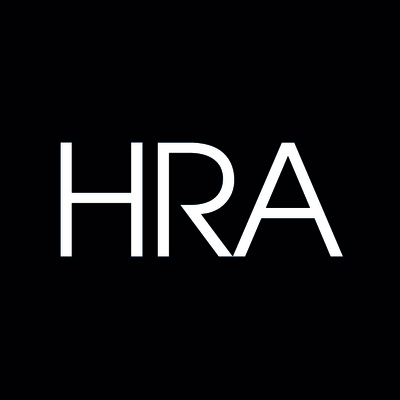