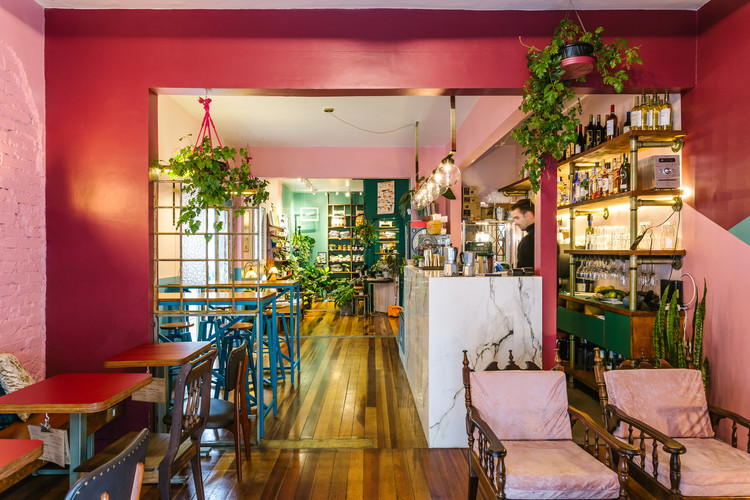 Text description provided by the architects. Botanique, situated in a building from the 1950 decade in downtown Curitiba, southern Brazil, embodies the merger between the plants store Borealis and the Latin-American themed café Negritta - both commercial facilities with their own identity and strong personality. The challenge that Moca Arquitetura faced was to propose a venue that could hold such distinct programs. "We wanted keep both functions integrated with each other and also letting them to live independently", explains Ana, one of the architects.

The pursue of coziness guided the development of the proposal and materialized as plants all over the place, bright colors and second-hand furniture collected in local flea-markets. The intention was to allow the users a sense of belonging through objects and scenes that would trigger them back to a place of comfort. Being inside Botanique may be a nostalgic trip back to Granny's, or anywhere else our affective memory leads us.

"Tropical Destroyed". That was the expression used by the architects to describe the style found in the Botanique project. That is because not everything found there has impeccable finishing, and that, alongside the nature's green and the furniture selection (which goes from last century armchairs to contemporary design objects, as the lamps designed by Moca Arquitetura itself), creates a contrast that emanates a warm atmosphere that embraces, despite being "imperfect". Botanique is where jungle meets urban. 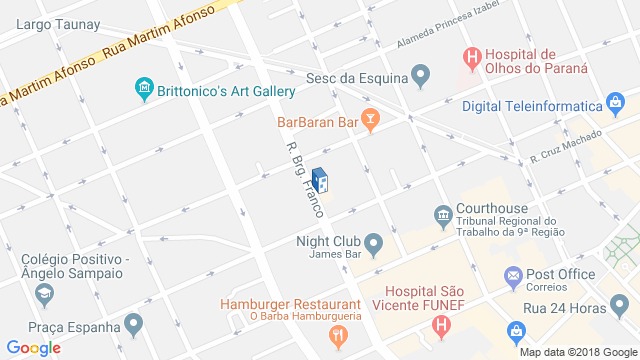