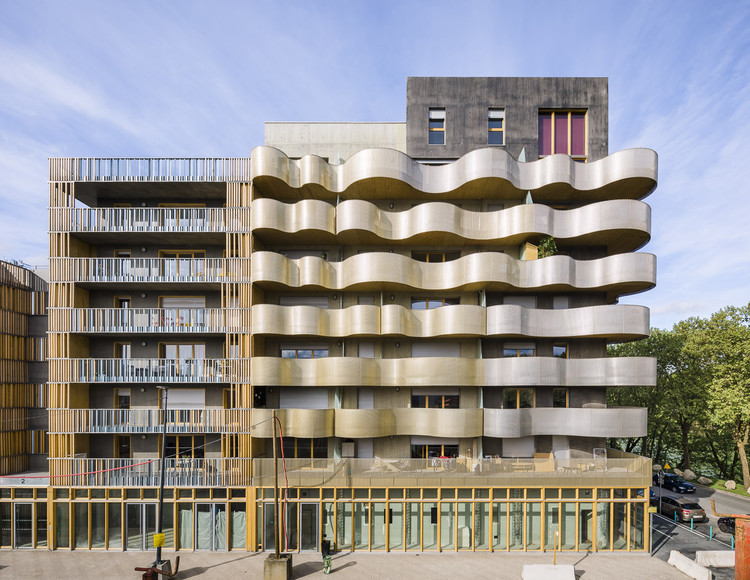 Text description provided by the architects. This project was born from a competition launched in 2007 by the developer Bremond in partnership with ING Real Estate, for the creation of an exemplary district on the Ile Saint-Denis. We won this competition in partnership with the Dutch urban planners West 8 and some other architectural firms. The private developer had subsequently sold the development of the ZAC to a public developer, Plaine Commune.

The urban project was cancelled, but it gave way a few years later to a project management mission. It was offered in collaboration with ECDM and Thibaud Babled architects, who were already in the first competition.

The operation is in the future eco fluvial area of ​​the island-Saint-Denis, in the location of the former warehouses. The site is a developing district with the Creation Cluster. The PA3 lots, PA4 and PA5 forms the first "island PA” of the “ZAC Bi-Sites / Printemps”. The developer of the ZAC is Plaine Commune Habitat, and the actual planner is Philippon-Kalt urban architects.

The “islet PA” has a special position on the banks of the Seine and close to the future “Place des Commerces”, structuring the new district. The site is bounded by the Quai du Chatelier, main axis of the island along the largest arm of the Seine, the Place des Commerces close to Marques Avenue, and the “Allée des Arts” a pedestrian street. The lot PA3 designed by our agency, will be connected to Marques Avenue and will mark the southern entrance of the eco neighborhood.

The building has 8 superstructure levels (R + 7 and mezzanine) with some duplex accessible from the 7th level, and no infrastructure level. On the ground floor, two private courtyards traverses the island, to provide visual and functional permeability between the dock and the Allée des Arts. Arranged on the streets, docks and inside the courtyards, workshops and retails are wide open to the public space. The repeating pattern of wood joinery and large windows mark the unity of the ground floor.

At the center of the plot, a patio complete outdoor spaces. The patio will bring a green atmosphere in the heart of the island, and will be complemented by planted rooftops of the workshops (workshop in the case of PA3). The open ground areas represents: 14% of the area of ​​the plot, which is 223m². They will be vegetated by lawns, ground covers (grasses, flowers), shrub hedges. These planted areas will respect the PLU and the specifications of the urban planner.

In the levels, the uniqueness of each lot is even more expressed by the materials diversity, even if they match together through the use of wood. In order to break the linearity of the facades, the building volume is cut along rhythms based on the alternation between faults and balconies. The facade design was guided by the desire to provide to all housing units a double orientation, panoramic views of the Seine, and true outdoor spaces while respecting the strong programmatic density. The diversity of the set is labeled at the roof by multiple height variations of the R + 4 and R + 7.

Offering a variety ranging from T1 to T5, accommodations are organized in L around the patio and passages, and they all have views over the Seine. The thin volume offers a high porosity as well as housing through with Southeast oriented stays. While the rooms are oriented towards the quiet heart of the plot. The design of wide sinusoidal balconies, offset from one level to another ensures good sunlight and creates a subtle play on volumes and front undulations. The project will answer to the certification Habitat & Environment Profile A. 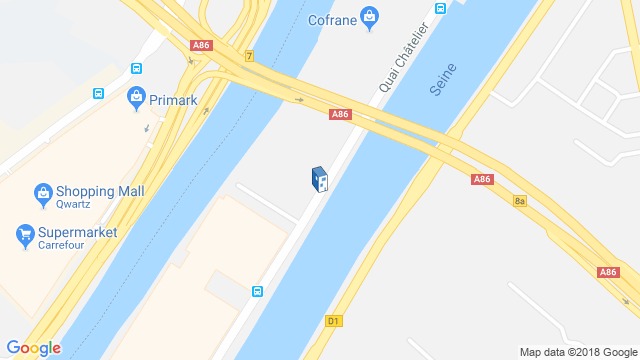