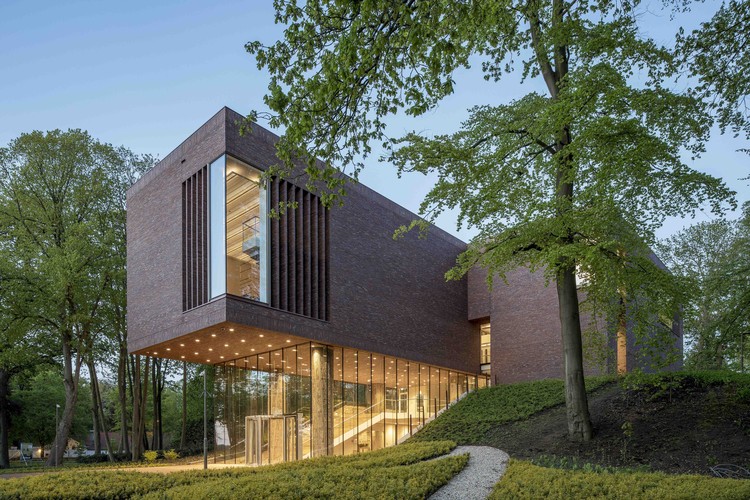 From country estate to cultural park
The Keukenhof is famous around the world for its flower garden. Laid out between 1950 and 1958 for a National Flowering Bulb Exhibition, the garden is part of the grounds of the historical Keukenhof country estate. Dating from 1658, it featured a terraced garden with an artificial dike, unique in the Netherlands at that time. In 1860 the entire park was redesigned by the celebrated father and son landscape architects J.D. and L.P. Zocher. The estate has since been accorded national heritage status. In a masterplan drawn up in 2010, the area around Keukenhof Castle was designated a ‘cultural park’.

Keukenhof cultural park masterplan
The aim of the masterplan, which encompassed the possibility of a museum, was to give the estate new impetus while respecting the historical context. The museum option was eventually translated into a specific site and concrete form by KVDK architects. One ingenious but also complicated strategy involved placing the foundations in the historical dike core, thereby making the museum the pivot point between a landscaped approach, the historical terraced landscape, the open sandy area and the wooded dune ridge. Intensive consultation and careful dimensioning ensured that the plan for a museum on this sensitive spot was wholeheartedly embraced by the Cultural Heritage Agency of the Netherlands, the government body that oversees the register of national monuments.

New and different
The VandenBroek Foundation established by the Jan Van den Broek family, founders of the well-known Dirk supermarket chain, decided to take on the museum element of the cultural project and commissioned architect Arie Korbee of KVDK architects to design a small-scale, contemporary daylight museum. This brief, together with the constraints imposed by the cultural and natural-history character of the location, has resulted in a modern building with a restrained architectural expression. The building rises up unannounced from among the trees in the park: there are no transitional zones. The interior was required to be flexible to allow the foundation’s food- and consumption-oriented collection to alternate with future loan exhibitions. Accordingly, the galleries can be divided widthways and the grand staircases can be used as both exhibition space and seating. The routing follows the Guggenheim principle, whereby visitors start at the highest point and automatically pass through all the exhibition spaces as they descend - a fluid movement that provides spatial continuity.

Route architecturale
The ‘route architecturale’ meanders through high- and low-ceilinged spaces and past unexpected areas of daylight that engage explicitly wth the park landscape. The variation in daylighting and views out makes for a constantly changing atmosphere. In the heart of building two sight lines converge on a glass walkway from where visitors have contact with nature on all sides and, via a corner window, a marvellous view of the castle. This window, flanked by the modern equivalent of cathedral windows with their vertical articulation, produces a sparkling play of light in the angle of the simple geometrical form. Aficionados will recognize the golden section in the various proportions. Outside, in a subtle reference to the client’s background, a public path wends its way through the building, giving visitors a shop-window foretaste of the museum’s treasures.
In the Lisser Art Museum art, architecture and nature are experienced as a single whole.

Modest and welcoming
The building consists of two main volumes. One volume is embedded in the dike and supports the upper, ‘floating’ volume. The cantilever is borne aloft by just four, tree-like columns. The understated, monolithic materialization of the exterior, which is attuned to the surrounding wood, consists of elongated, earth-coloured Petersen bricks. The acute-angled long elevation runs parallel to the road to the south of the museum. At the entrance, the dike core opens up in a generous welcoming gesture via a glass curtain wall placed between the huge awning and the cutaway dike. Thanks to this transparency the dike remains fully visible. The experience of being inside a dike is reinforced upon entering where a floor of terracotta-coloured bricks leads the visitor between two rough dark stone walls towards the daylight and the lighter materialization of the upper floors.

Sustainable in every degree
The design features several smart, passive sustainable solutions. The spacious glazed entrance, for example, diffuses the daylight in the exhibition spaces, thereby reducing the number of windows needed and simplifying climate control. The museum depot is in the heart of the dike so that there is no need for cooling or shading. There are active sustainable measures as well: thermal energy storage, a grey water system for toilets, and a walk-on green roof.

The valuable collection items require high-performance building services and security systems, including an extremely well-insulated, low thermal transmittance building envelope. Every exhibition space is equipped with occupancy-reactive air-conditioning and LED lighting. The abundance of filtered daylight helps to reduce energy consumption while also making for a more natural museum experience. The embedding in the dike, the choice of materials and the green roof combine to lend the museum a robust appearance built to endure.

Museum of art for everyone
The museum will be open to public by the end of 2018. A key feature of a visit to the LAM is the experience of viewing and exploring together. With the aid of the museum’s special phone app, people of all ages can enjoy a personal tour of some exciting artworks ranging from classical still lifes and hyperrealistic images to installations, videos and digital art. All the artworks are related to the main theme of the museum: food and consumption.

Address:Keukenhof, Stationsweg 166A, 2161 AM Lisse, The Netherlands 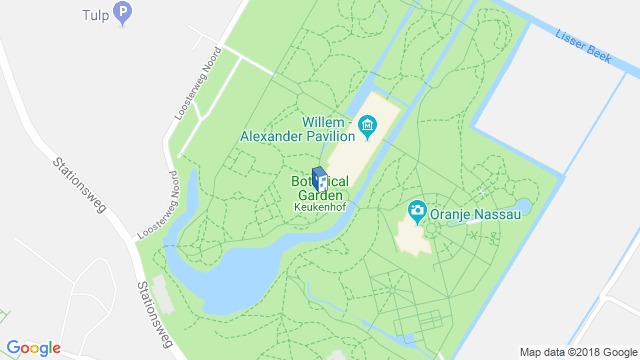 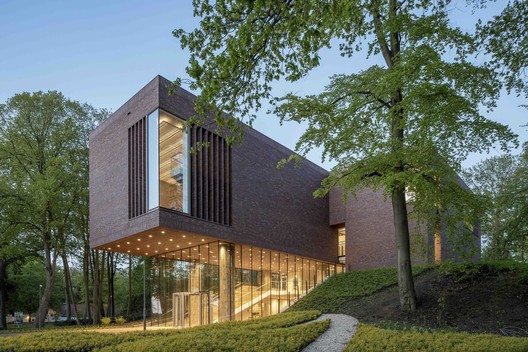