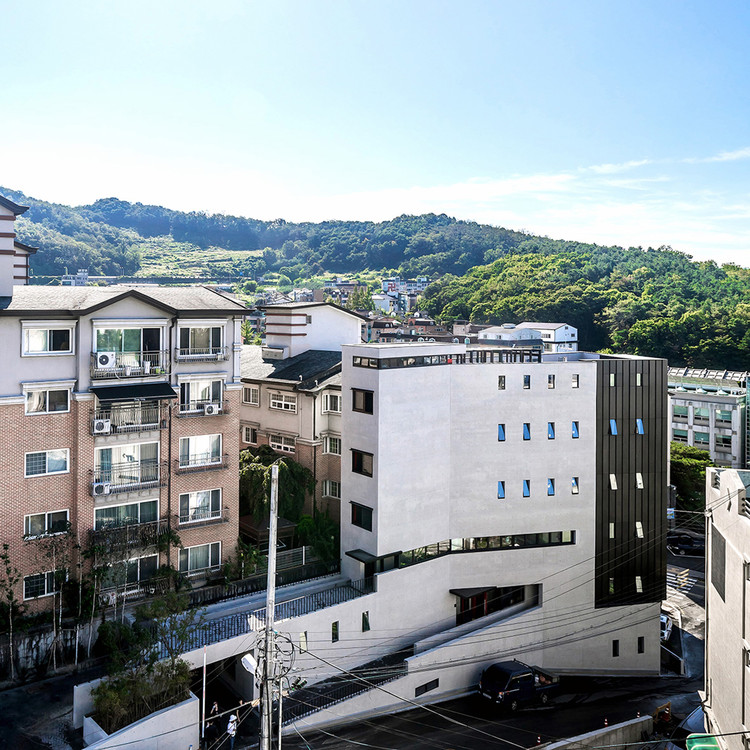 Text description provided by the architects. Located in downtown Sungnam-si the site is 50m long, 10m wide, and has a 5m retaining wall and 5-story apartments on the east side. It was a place where the retaining wall faced a dead end, there was no distinction between public and private transportation, and where dumping and illegal parking were popular. The client who ran the design company wanted to move his office here using the abandoned land. In terms of planning, relations with the neighbors were the focus of design. Due to the lack of a supplementary road, it caused problems in moving residents, and it was a disgusting place in the neighborhood due to garbage and parking under the retaining wall. So, with the demands of the client, there were concerns about how to turn into a good place.

This was a city center full of houses and small offices, surrounded by a fence and not a bit of permission. As a result, there was a growing conflict between the two sides. Therefore, the character of semi-public was placed as a layer. Space was needed to improve the existing appearance while utilizing the functions of the design company and to create a space where visitors can feel friendly by building while using the sidewalk. We gave part of the building to an alley and made it part of the building. It was not easy for the client to permit parts of the site on high land prices and narrow widths.

"When the outer walls become existing retaining walls, the inside of the retaining walls is filled with alleys. And I want the alley to be a community space of this building with the locals. The outer walls of exposed concrete have a homogeneous memory of existing retaining walls and materials, and the alley between the office space and the exposed outer walls creates an alley between the private and public spaces. The alley is not only a passage but also a design board for design firm. From now on, it will be filled with paintings from design companies and people will use the alley instead of walking in the streets."

In view of the view and lighting, the mass is torn similar to the height of the windows in the surrounding building and serves to separate the programs. The third and fourth floors are office spaces, and the rooftop has a client's space and a garden. Kyeongryunjae, named by the client, was a considerate man who had a clear philosophy of design and was as considerate of his neighbors as possible during construction. 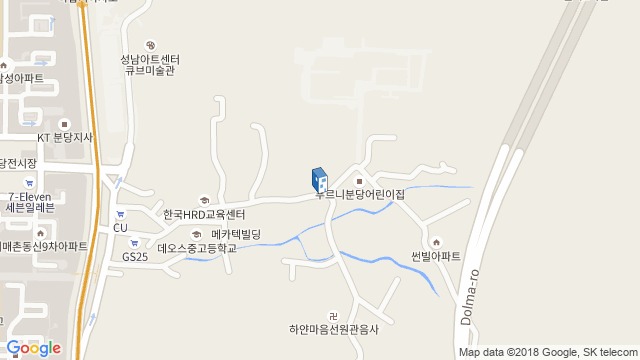 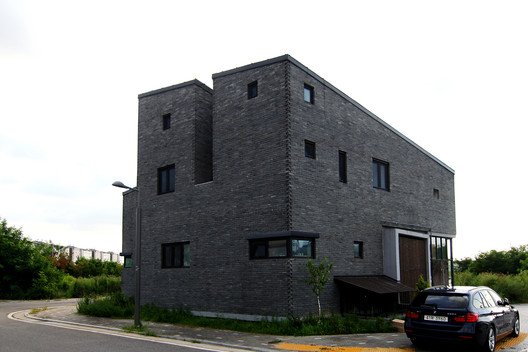 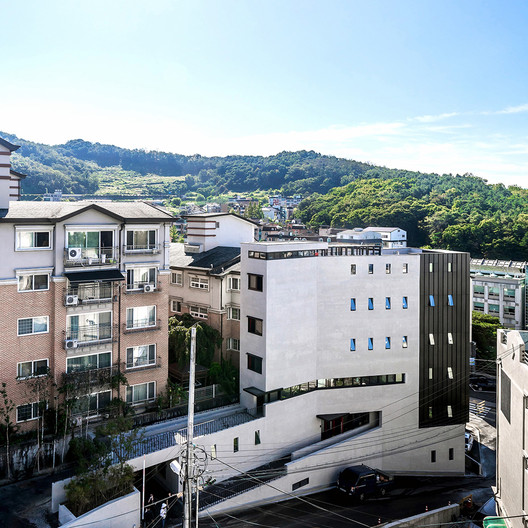