Beautifully integrating graphic design and architecture, the newest release from Blue Crow Media's transit series recognizes a selection of the most unique public transit stations in Moscow. Moscow Metro Architecture & Design, the second installment in the series, was curated by architectural historian Nikolai Vassiliev with photography by Alexei Narodizkii. It features the most unique and influential examples of architecture and decoration across what is widely considered to be "the most impressive network of stations in the world." 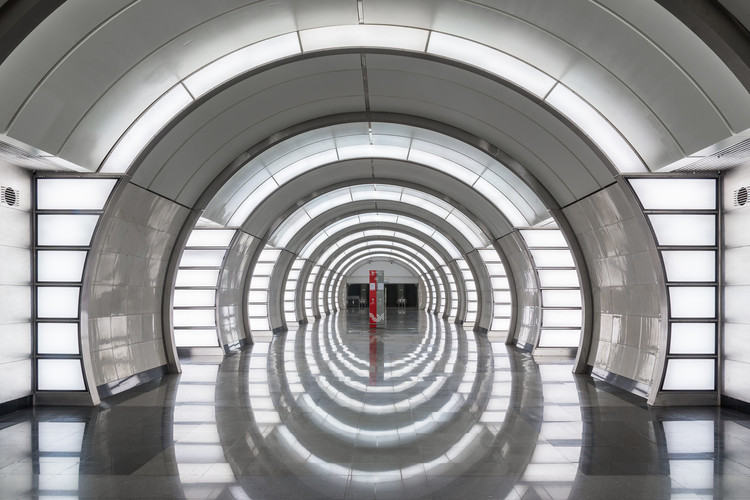 Moscow Metro Architecture & Design includes an originally designed Moscow Metro map with featured stations marked on the front, as well as corresponding photographs and details on the reverse. Stations included in the collection are the baroque-style Komsomolskaya, avant-garde Krasnye Vorota, and the futuristic Fonzinskaya. The stations appear beside Stalin-era and contemporary architecture.

Perfect for accompanying casual rides on the Moscow Metro, or inspiring the next journey, Moscow Metro Architecture & Design is available for £9 here, or at independent bookstores worldwide.

Your obsession with transit-oriented design has been answered with the newest map series by Blue Crow Media. The first in this series, London Underground Architecture and Design Map curates original content by transport design historian, Mark Ovenden paired with photography by Will Scott to depict the London Underground.